I never take much stock in New Year’s resolutions. I think last year it was “take more naps,” which if you know me is hilarious because I wake up at first light and fall asleep absolutely no later than 11 p.m. solidly and routinely. There’s no margin of error naps.

This year, I’m making a few food and cooking resolutions.

When I moved to London, I vowed to cook more widely. Lack of equipment has dictated much of what I can and cannot make. There were only so many pots and pans I was willing to lug overseas for a one-year stay. The Le Creuset cast iron Dutch oven, my prize piece, has found a temporary home in the back of one of my mother’s cupboards. The Cuisinart blender-food processor combo I got for Christmas two years ago is packed up neatly in a box in my best friend’s basement. Anything electrical is stashed somewhere in either New York or California, and other than a cookie sheet, no bakeware made the trip across the Atlantic.

I wanted to try my hand at Yorkshire puddings, but didn’t feel justified in buying new muffin tin pan in the U.K. when I have a perfectly good one sitting in my boyfriend’s mother’s basement back in San Francisco. Gnocchi was on my list of things to try making for the first time, and I did manage to pull together everything I needed for that one: Twice now I’ve made spinach ricotta gnocchi (or what some Italians might prefer to call “gnudi”). Still, I don’t think I’ve made as much headway as I would have liked by this point.

On that note, here are my cooking and food resolutions for 2008:

2. Roll my own pasta. I don’t know if I will really accomplish this unless I have access to a hand crank machine (about $30) or a Kitchenaid mixer with pasta attachment, but I’ve seen pictures of Lidia Bastianich rolling pasta by hand with a wood pin, so anything is possible.

3. Buy one good bottle of wine ($30-$50 retail price range) to enjoy at home or while traveling with my boyfriend.

5. Buy and cook with an ingredient I’ve never heard of before without first looking for something that fits that bill, i.e., stumble across something new in a market or while traveling and then later figure out how to use it. 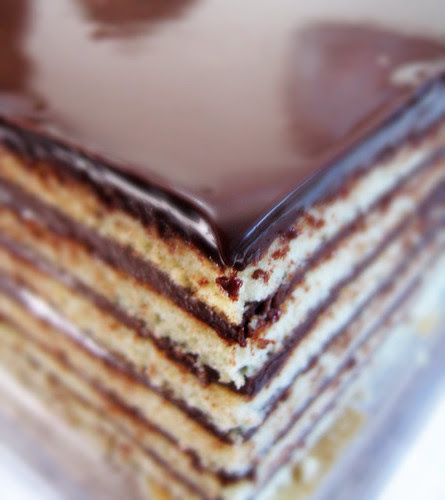 6. Make one really impressive dessert. An “impressive” dessert must contain several steps of preparation and be something that could potentially be royally screwed up. Examples include opera cake, strudel, cheesecake, or some elaborately decorated cake with homemade fondant.