It's Not Garbage — It's Reusable (Plus It's Mine, Jerk)

"Those are my things! I need them!" 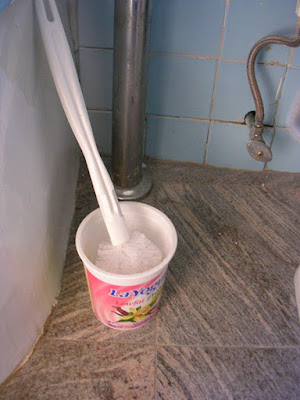 This usually happens when I decide that something meant to be disposable is in fact reusable. I hate waste. I will reuse anything I can as many times as I came.

When we were living in England, we developed the habit of washing plastic sandwich bags and setting them out to dry, which increased their lifespan by five or six uses a piece. We did this because when you buy something like plastic sandwich bags in the U.K., you might spend the equivalent of $4 USD on a box that contains only 20 baggies. Reusing plastic bags is a habit we've kept up outside of England. Why use them just once?

Here in Queens, Boyfriend and I find it extremely frustrating that New York City's recycling program won't take most plastics -- it only accepts plastics that are considered "jugs," like milk containers and shampoo bottles. In response, we wash and reuse takeout containers and deli containers. We even save the sturdiest ones and bring them back to the market whenever we're going to buy, say, olives by the pound, rather than take a new container when we get there. 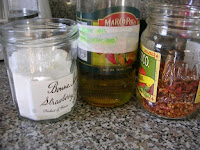 The problem -- where the tiffs come in -- is that my idea of what is reusable does not match Boyfriend's. We agree that old glass jars are free reign. If the bag of sugar gets low, I'll transfer it into a jam jar. Too cumbersome to use olive oil straight from that massive gallon tin? Pour some into an old roasted red pepper jar. That's pretty acceptable.

The pens and pencils we keep next to our calendar hang out in a plastic Starbucks cup. I even effectively (and ingeniously) concocted a blockade out of aluminum trays that I crammed into a little opening in the woodwork of the apartment where a mouse had been coming in and snacking on whatever spilled behind the oven. We haven't heard a squeak in months. 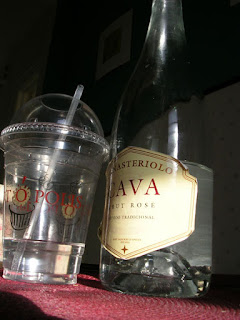 No one really complains or even notices about those things, but I think it's just at the beginning edge of where I start to push the envelope for Boyfriend.

On the other hand, getting a drink of water for me means pouring it from the glass bottle that once contained cava and into a plastic cup from the bakery where, two weeks ago, I got a coffee frappe. I then suck the water through the straw that came with the frappe (I really like to drink water with a straw), which has been rinsed and reused several times over. Coffee cans and tomato cans become planters for my indoor lettuces. In the bathroom, the toilet brush is housed not in a toilet brush holder (what a waste), but in a La Yogurt tub. 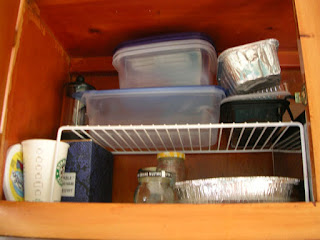 The other night, Boyfriend began threatening to throw out some of my things, but I maintained that I need them and that there is life yet in them. The compromise is that I will hide my reusable goods in an out-of-the-way spot in the cupboards. The problem now is that my stash is getting to be too large and thus spilling out of its secret location.

We may be due for a spring cleaning. 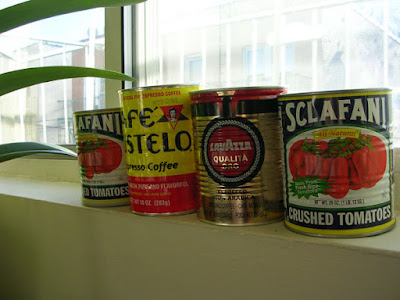