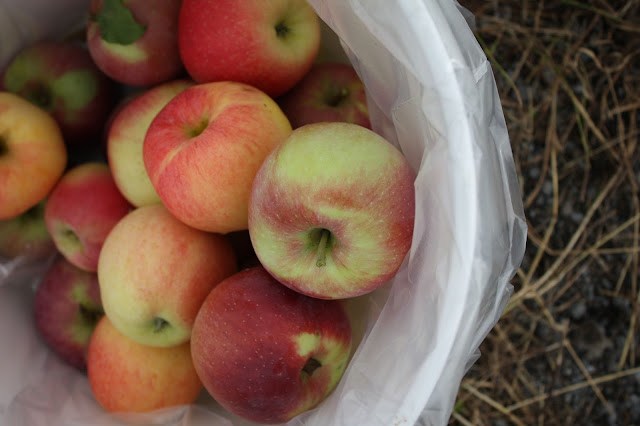 
Last weekend, seven of us piled into a minivan and drove up and out of New York City, along the Hudson River, into apple-growing territory. We went to Dressel Farms in New Paltz, New York, an orchard that lets visitors pick their own apples right off the trees. There's no fee to pick or to park, just a per pound charge for the apples you take home (it was $1.10 per pound last week, though prices may change).

The farm provides a bucket that holds approximately 20 pounds of apples. Fill the bucket half way, as we did, and it'll be about 10 pounds. When we arrived, six or so varietals of apples were ripe and ready to pick: macoun, Fuji, Cortland, empire, gala, and golden delicious. 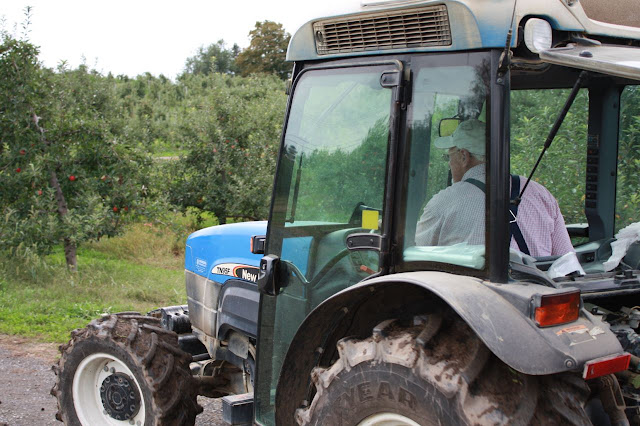 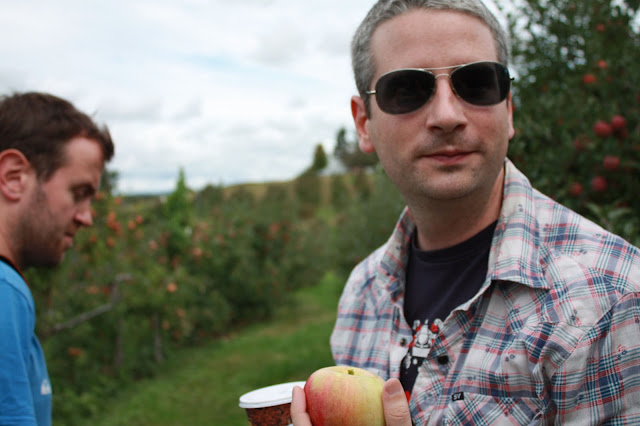 Back home, with 10 pounds of apples, I started thinking of what I wanted to make with them all. After a week, we probably only have about 3 pounds left because we ate so many of them plain. But I did manage to make a German apple cake, riffing on a recipe I found on Food.com (German apple cake recipe from Food.com). The recipe calls for "chopped" apples (large dice), but I sliced them instead, very thinly, so that the cake had a more layered texture. I also felt like using only white granulated sugar (2 cups) was a mistake, and I'd switch it out to 3/4 cup brown sugar, packed, plus 3/4 white sugar next time instead. I might also scale back the vegetable oil a little bit, as the cake came out almost too moist, and it wasn't from the apples. The empire and macouns I used didn't release too much juice or water.

The only other change I made was to sugar-coat the baking dish (an 8-inch by 8-inch Pyrex pan; although I really would have rather the cake had been in a 9-inch round pan so it could be served in wedges rather than squares), giving the cake a little sweet crunch on the edges.

*The original recipe called for 2 cups white granulated sugar, but it didn't have enough caramel flavor or depth for me, so I offer this untested suggestion instead.

Grease or butter a baking dish (I used 8-inch by 8-inch square, but I think the presentation would be so much nicer in a 9- or 10-inch round pan). Sprinkle the pan with the 2 tablespoons of white sugar. Set aside.

In a large mixing bowl, beat the eggs, then add the oil, continuing to beat, until you achieve a uniform light yellow color. Beat in the white sugar, then the brown. Add the vanilla extract.

Using a rubber spatula, carefully fold in the sliced apples, making sure not to break them as you work. The apple slices should be fully coated with batter.

Pour the mixture into the prepared pan and use the spatula to smooth out the batter. The apple slices should all be horizontal.

Bake the cake about 45 to 60 minutes, until the edges and top of the cake look slightly crackled. Remove from the oven and set on a rack to cool. When ready to serve, run a knife around the edge of the pan to loosen the cake. Invert the cake onto a plate. You can serve the cake inverted (the "top" then will be a little gooey and sticky from the sugar-coating) or right-side up by re-inverting onto your serving dish (the "top" then will be dry and crackled). 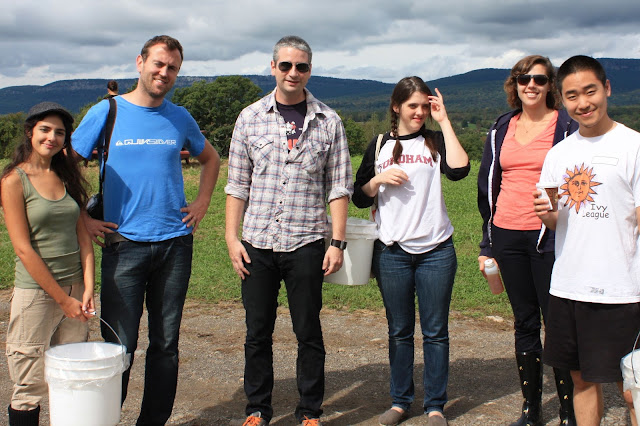 At Dressel Farm, a crew of six (plus me, behind the camera, makes seven). 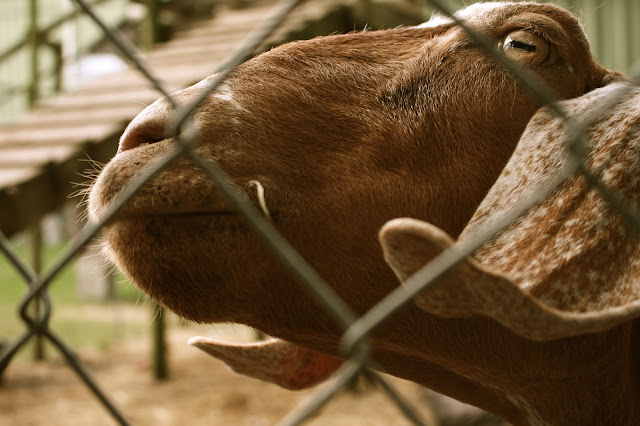 Also, there were goats! Surprise!