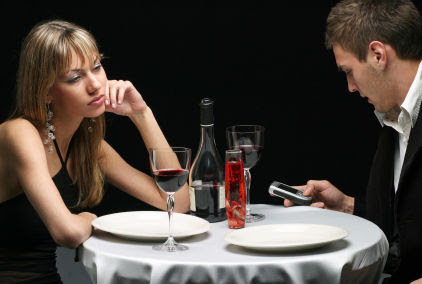 Do you ever get restaurant fatigue? I do. A few times a year, I'm possessed by the need to not throw money away on restaurant dining, or I unexpectedly cannot justify eating another high-calorie, highfalutin meal that some team of people assembled. I don't even want to buy a pre-cut bagel.

Do other people feel this way sometimes, too?

For urbanites, like me, eating out is not merely a recreational experience, although it very often is that as well. It's part and parcel of city culture. It's a mentality. We are too busy working, commuting, socializing, volunteering, participating, exercising, studying, to cook food for ourselves three times a day.

Plus, a lot of city people don't own cars, so we don't buy groceries in the same vast quantity that suburban and rural Americans do. We buy what we can carry (the truly dedicated use those hideous push-carts to haul home more), always knowing that there is some corner store or deli where we can buy milk later if we've forgotten it, at any hour. And if all else fails, Happy Garden or A New Good One or Double Happiness will be open. We can always order Chinese.

So, we eat out for a number of reasons, but the gist of it is: Eating out is part of city culture.

But it gets tiresome, sometimes, and feels futile. You know that worrisome feeling you get when you travel and you stop into a restaurant that from the outside looks fine, but from the inside looks like a tourist trap and you realize you're about to be swindled into eating sub-mediocre but overpriced food? That's how I occasionally feel about restaurants in general, and not that they have poor quality food, but that there is something about eating at restaurants that is against my best interest. It's expensive and unnecessary. The portions are huge. The nutritional data isn't in my favor. What am I paying for exactly again?

Restaurant food should be eaten rarely.

But, like I say, that's not how it works in a city like New York. When Mayor Bloomberg wanted to ban trans fats in restaurants, he argued that New Yorkers rely on restaurant food as sustenance (that is, eating out is not a luxury for most people; it's a way of life).

Lately, we've been eating at home a lot more and spending less time chasing fine dining in general. When we do go somewhere special, we make sure it's special, a place we are interested in for the food, atmosphere, decor, and drinks. Both Boyfriend and I brown-bag our lunch most days (I'd guess I eat lunch out once a month). And on the weekends or a Friday night when neither of us wants to cook, we usually do weigh our options before deciding whether to go out.

I've just made plans to go to Apiary with some friends. At least it's not for another week. I have time to mentally recuperate between now and then.