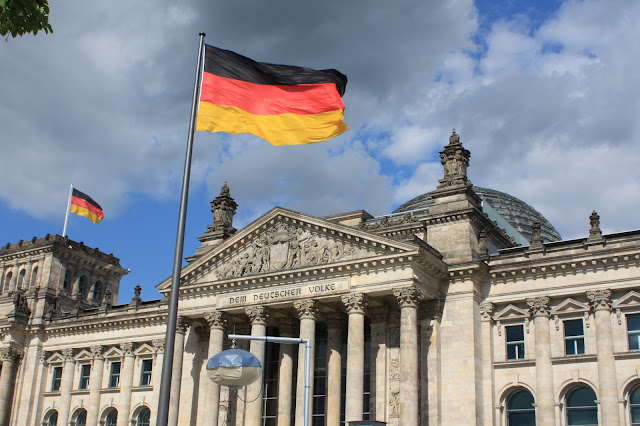 "Berlin is the city you in particular won't want to leave."

"Berlin was made for you."

"Berlin has all your favorite things: it's clean; everything runs on time; people are orderly; bicycling is built into the city infrastructure. Plus there are all those benefits of Germany, like a shorter work week, more time off..."

These are the things people said to me before I left. More than one person told me that when I got to Berlin, I might not come home.

We've just returned from Berlin, Kiev, and Georgia last weekend, and needless to say, my expectations for Germany were high.

All told, my time in Berlin only added up to maybe 60 hours. That's not a lot of time to experience a city fully. And on the last day, my friend who lives in Bonn said this: "I think it takes a while to really appreciate Germany. You have to be here a while before you can understand the people."

First Impressions
Berlin is a remarkable city, but I was a little surprised at its scale. The city is huge, and all the most important buildings, plazas, and -- what would you call the Champs-Élysées? a main boulevard? -- main boulevards are grand. By "grand" I don't just mean big and fancy, but they take up a lot of space, and have excessive room on all sides to make them seem more grand. This largeness is something I've always disliked about Washington D.C., too. I don't like building that think they're so important that it takes you five minutes to walk to the next one. I much prefer the density of New York. I like the tightness.

Berlin becomes a little more compact in its neighborhoods, moving away from the city center, but there's still plenty of room to stretch out. Streets are wide. Sidewalks have lanes. Even the Soviet-area buildings don't tend to tower more than 20 stories.

Food
The food was pretty much what I expected, and I have no complaints. Sausages and currywurst are freely available any time of day (especially during the Eurocup games, which were on while we were there). This white asparagus, a different breed that what's grown in the U.S., is Berlin's springtime pride and appeared on every menu. It's only available for about eight weeks each year. Boiling is the typical cooking convention, and you can tell from presentation that the tips are prized. From what I've read, the stalks are quite tough and have to be shaved down to be edible at all.

Pork, veal, beef, and potatoes were also easy to come by and hard to avoid. And for breakfast, I couldn't get enough German muesli with fresh fruit.

A favorite meal: Long before the trip, we reserved a table at trendy Schneeweiss on the eastern side of the city. We started with scallops served with the famed white asparagus, the tips of which stood at phallic attention. A variety of greens and herbs filled the plate, spotted green apple that had been shaped with a tiny mellon baller, and splotches of lemon curd-like dressing. My main was braised beef, served with a slice of polenta that had the texture of Asian fried bean curd (shown). Dessert? Apple strudel with vanilla cream, of course.

Beer
Beer selections were not what I expected. I assumed that we Americans were late-comers to the appreciation of microbreweries and that we'd see a lot of small-scale German beers that I have never heard of before. Quite the contrary. At large beer gardens, upscale restaurants, cafés, local dives, and street vendors, the same options appeared over and over again. Weinstephaner, Franziskaner, Radeberger.

I mentioned this observation to Boyfriend, who believes that smaller breweries do exist, but they don't export much to other areas of Germany. Locals drink what's made in their city. I don't know if that's true, but nevertheless, I did not expect to be so familiar with my beer options in Berlin.