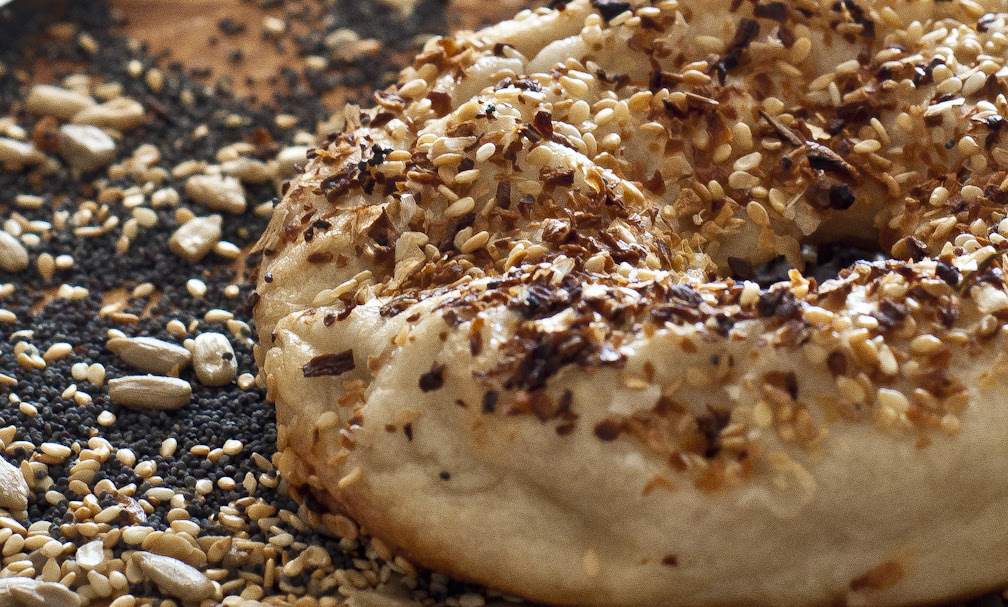 Or how I got kicked out of college and decided to become a world traveler.

Most changes in life don't happen in a single day. Sometimes we think they do, that things change in an instant, but it's rarely true. A change may start on a single day, or culminate after a long, slow, and invisible lead-up, but rarely can we mark the moment something went from black to white.

I didn't become a traveler in a day, but I do remember the day I made up my mind to become one. A month before, I was asked to leave my college. I was 17 and about to start the spring semester when I got a call from the bursar's office. A woman told me I had an outstanding balance on my bill.

"Your classes won't be held."

"Well, your classes won't be held. And you'll be asked to move out of the dorms."

I was getting kicked out of college.

I drove north, back to my mother's house and slept on the high half of an old bunk bed. All I needed to do was quickly and methodically apply to state schools, which with government and state funding anyone could afford, get a job that would help me keep my car and get by for the next few months, and try not to worry. People kept telling me horror stories of their friends who quit school after one semester with the intention of going back and never did.

"No one thinks they're like that," they said. "But watch yourself."

I littered the town with job applications and heard back from almost no one. January wasn't exactly hiring season in retail, and I didn't have any retail experience. I had worked plenty of food service jobs in the past -- a bagel shop, two pizzerias, a restaurant, a dining hall -- but it helped to have an in, and I didn't. All the places in that town where I had worked before had been sold off to new owners or closed.

"You're seventeen?" A small woman with thick long hair was interviewing me.

"Yeah, but I worked in another bagel shop for two years. I'm good. I know how to do the job."

"The thing is, we don't need any more counter help. We need another baker, but you technically have to be eighteen."

I didn't know what to say to that. I couldn't exactly make myself older any quicker.

"Would you want to bake?" she asked.

"What I could do is put you down as counter help on all your forms and just give you the starting hourly wage as a baker." Baking paid more. The hours were earlier, and the job was dangerous. Then ovens that bake bagels are vertical. They look like closets. And the baker has to roll a six-foot rack into it, and then out of it, when the metal racks are as hot as the oven: 550 degrees F. Bakers always have scar burns on their forearms from pulling  trays off these racks and fumbling them. Kitchen work moves fast. You're always hurrying, and most of the time, there's a rhythm that prevents people from bumping into each other or tripping or fumbling 550 degree metal trays. But sometimes, someone falls out of step with the dance, and that's how burns, cuts, and minor amputations happen.

He looked pissed but let me in and introduced me to the much smaller Latino man who was moving bagel-shaped dough from cold trays to room temperature ones.

That job just went bad from the very start. I never liked it, never liked the people, and didn't stay more than two or three months in the end.

While I was there, though, at least I got to hide in the kitchen and not deal with customers as much as I used to, although sometimes I had to jump in and help when it was busy. As long as it was relatively slow, I kept myself occupied in the back, either slacking dough (pulling it from the freezer to bake the next day, and keeping track of the inventory as I did) or cleaning anything that needed to be cleaned.

One day, I saw a stack of disgusting vented trays, basically, a sheet pan with little holes all across it, like a screen, that prevents condensation from collecting beneath the food. It's similar to using a cooling rack after you bake cookies in a home kitchen. Good pizzerias use them, too.

So there was this stack of vented trays just covered in sticky bits of bagels. Burnt onions stuck in the holes. Chopped garlic formed sticky masses in the corners. We had a bagel that was rolled in cinnamon and sugar, and although we used parchment paper for those, some of the trays still had a cinnamon glue ring around their edges.

I grabbed a bench scraper, plopped myself on the floor, and leaned all my weight into getting the shit off the pans. It was quiet in the back, and quiet in the front, and the other staff were keeping each other occupied. No one was going to bother me for at least 40 minutes. I scraped and scraped. Sesame seeds flicked through the air and landed on my hat. Onion char stained my fingers. I scraped and scraped.

And while doing this mindless physical activity, a thought popped into my head: I should go to Seattle.

No. I need to go to Seattle.

My aunt and uncle lived there, and I had never been. Only once in my life had I been to the west coast, and it was for their wedding in Los Angeles when I was just a kid.

That's what I needed to do. I knew all my school applications would go fine. I'd get in somewhere and go back to school and earn my bachelor's degree on time even though I missed a semester. I wasn't really worried about that. But now I had this moment of realizing that seeing new places would be equally important to growing as a person and understanding the world better.

At that moment, a moment that didn't change everything all at once but certainly did mark a shift in my own priorities, I even dared to think about traveling abroad, going to London, maybe even living there some day.

This is what I needed to do.

And it hit me while I was sitting on the floor of a bagel store's industrial kitchen, dirty and smelling of yeast, dough under my fingernails, kicked out of college, waiting for things to get better.

I still went back to college (University at Buffalo) as soon as possible and finished just three months shy of my original projected date. (I had time on my side, though, because I also finished high school a year early.)