No One Taught Me How to Remember

I dropped out of Medieval Literature halfway through the course, right after the mid-term exam before I even bothered to find out my grade on it. It was 1999. Plenty of circumstances led to that decision to drop the class, an act which was by all respects completely unlike me. Ordinarily, I studied well enough and got As. I turned in all my papers on time. I stuck to literature courses, where final grades hung on one's abilities to 1) write well (or at least cogently) and 2) turn things in on time. I could do both with my eyes closed. I was organized, full of self-discipline, a hard worker, and I loved writing.

But even before the mid-term, my grade in the Medieval Literature class hovered between passing miserably and simply embarrassing myself. The professor, appropriately named Dr. Payne, required that we not just read abhorrent amount of old texts, but also memorize much of their content. We had to know all the character names in Malory's King Arthur stories (Le Morte d'Arthur), all the names of the castles and villages, all the relationships and other motivating factors — basically, every detail that Malory gave.

Two jokes persisted about Dr. Payne. One was her name. The other was that she was old enough to have been on the journey for the Canterbury Tales. Her insistence that we memorize information struck me as very unlike an English literature professor. And while I know now this what I'm about to say is purely ageist, her attitude that we should develop perfect recall also seemed out of line with how old people usually wanted my generation to learn. I grew up believing that I should learn concepts, causes and effects, the big picture.

Payne would say things like, "People always think the memory has limits, that if you hit your capacity, you have to forget something old in order to remember something new. It doesn't! You can continue to learn and remember more and more. Even at my age, I can memorize new information.

Given her teaching style and reputation, students believed she was out of date and very old-fashioned, but then she'd drop a reference to the movie First Knight, saying that, sure, it's shitty, but there's some good stuff in the beginning about Arthurian legend, and you'd realize she'd been keeping up all along. I couldn't help but think she was slightly batty, but also smart as hell, and totally eccentric, in addition to being exceptionally stern.

Technology Lets Us Forget, And That's Good
I write a weekly column about being organized (both through technology, like how to use technology to organize recipes, and with technology, like how to keep your computer organized). A lot of my basic principles for being organized have to do with getting thoughts out of your head — in other words, specifically not remembering them — and making technology responsible for them instead. David Allen, author of Getting Things Done, holds largely the same belief. If you're doing the remembering, he says, what's the point of the technology? The technology should be doing the work, not you. Not remembering frees you and your brain for other more important things.

Technology should make our lives easier, and one way it can do so is to free us from having to remember. For example, I never worry about my to-do list because it's all written down. I log upcoming meetings in my calendar, and I trust myself to have set an appropriate reminder for the meeting before it happens. If I need to prepare for the meeting, the reminder will go off a day before. If I need to rearrange my lunch schedule for a meeting, a reminder rings sometime around 11AM, when I'm starting to think about what and where I'll eat.

I trust myself to follow the system, and in return I trust that the system will work.

No One Taught Me How to Remember
A huge reason I always loved literature and writing courses is because I'm good at them. Like I said, I have the discipline and ability to write well, quickly, and on time. I can give you the shape of an idea and tease out why it's important. I'm good at that.

But put me in front of a chemistry test, where I might have to draw molecular constructions, or a math quiz, where there is only one possible correct answer, and I'm screwed.

One time Boyfriend was watching me try to memorize a list of information (I don't remember what it was, but let's say for argument's sake it was French translations, because I took a French class a few years ago). He watched as I scanned and read through a stack or 50 or 60 flash cards that I had made. I asked him to quiz me. It went badly. Finally, he said "Why are you trying to memorize all 60 words at once?"

"You can't learn all 60 new words at once. You have to learn like six words today and get them down pat. Then tomorrow or maybe even the next day, you learn six more."

"You don't know how to study."

"No. No one ever taught me how to study."

In the course of my education, no one ever gave me skills for studying, taking notes, or memorizing things. I just flew by the seat of my pants and hoped that my high grades in literature courses would help even out any bad grades I got in other subjects. I actually nearly bombed English one time when I had a teacher who was stuck on building our vocabulary. I could usually figure out what new words meant in context, but this teacher gave tests that just had a word next to a blank space where we were supposed to write in the definition. He'd give us 25 or 30 words each week, and I never managed to learn more than seven or eight of them.

The teacher called my mother in for a conference and told her, in front of me, that I was giving up too easily and I was a quitter. I'm pretty sure I cried. It didn't motivate me, though. It made me feel stupid. The next week I learned more of the words through sheer willpower, but still didn't manage to learn all of them — not even close. 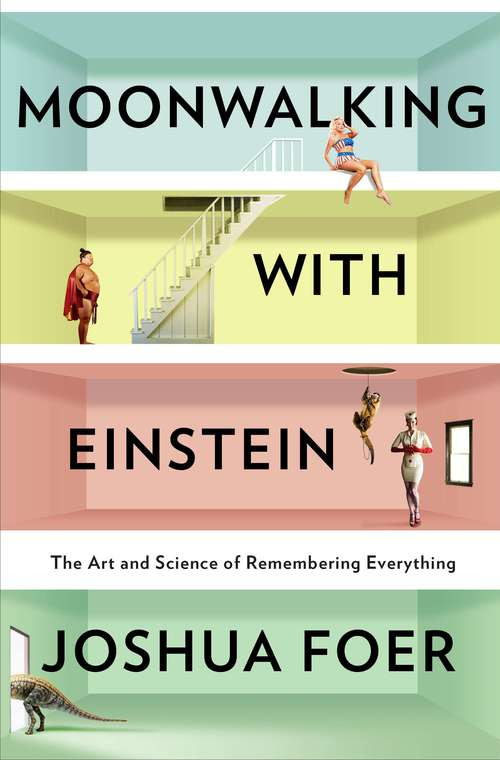 Memorizing Anything is Possible
I just finished a book called Moonwalking With Einstein by Joshua Foer that's about memory, and specifically, people who compete in memory championships and the tricks they use to burn information into their heads. How do they do it? How do they memorize pages of binary numbers or the order of playing cards in dozens of decks?

Isn't it interesting that, 13 years later, I remember Dr. Payne's name, some of the texts we read, and that the class was held twice a week in the basement of a building called Samuel Clemens Hall? The trick to memory according to the sources Foer cites, has nothing to do with being smart and everything to do with learning skills for taking unmemorable things and making them memorable.

No doubt, Dr. Payne learned the art of memory. Someone must have taught her how to study and remember things. I would be very surprised if she learned on her own. And she must have learned it so long ago and in such a normal context that she assumed the rest of us had developed similar techniques too.

Rest assured, I never had.

One of the take-aways of the book for me is that, yes, anyone can memorize pretty much anything — but what is worth remembering? I stand by my principles that certain kinds of information and tasks are best left to technology. There is no point in memorizing all the appointments on my calendar each week or each month. But memorizing recipes for the 15 things I bake most often would be entirely useful (I always consult my recipes for baking just to be sure I don't flub the amount of a chemically important ingredient, like baking powder, or forget that I like to put a dash of cinnamon in my chocolate chip oatmeal cookies). It would save me minutes and perhaps even hours of work over time to memorize about a dozen codes that I have to type at work over and over again. I actually keep a Word doc of my most commonly used codes so that I can open that document and cut and paste them whenever I need them, but being able to recall them from memory would be even better.

What I'm still working out is what is worth remembering? If the premise that we can remember anything we choose is true, then someone ought to think long and hard about what we should memorize first and what not at all.

[In my next post, I'll tell you about how I participated in a memory experiment in London, for money, in which I had electrodes stuck to my head and around my eyes.]