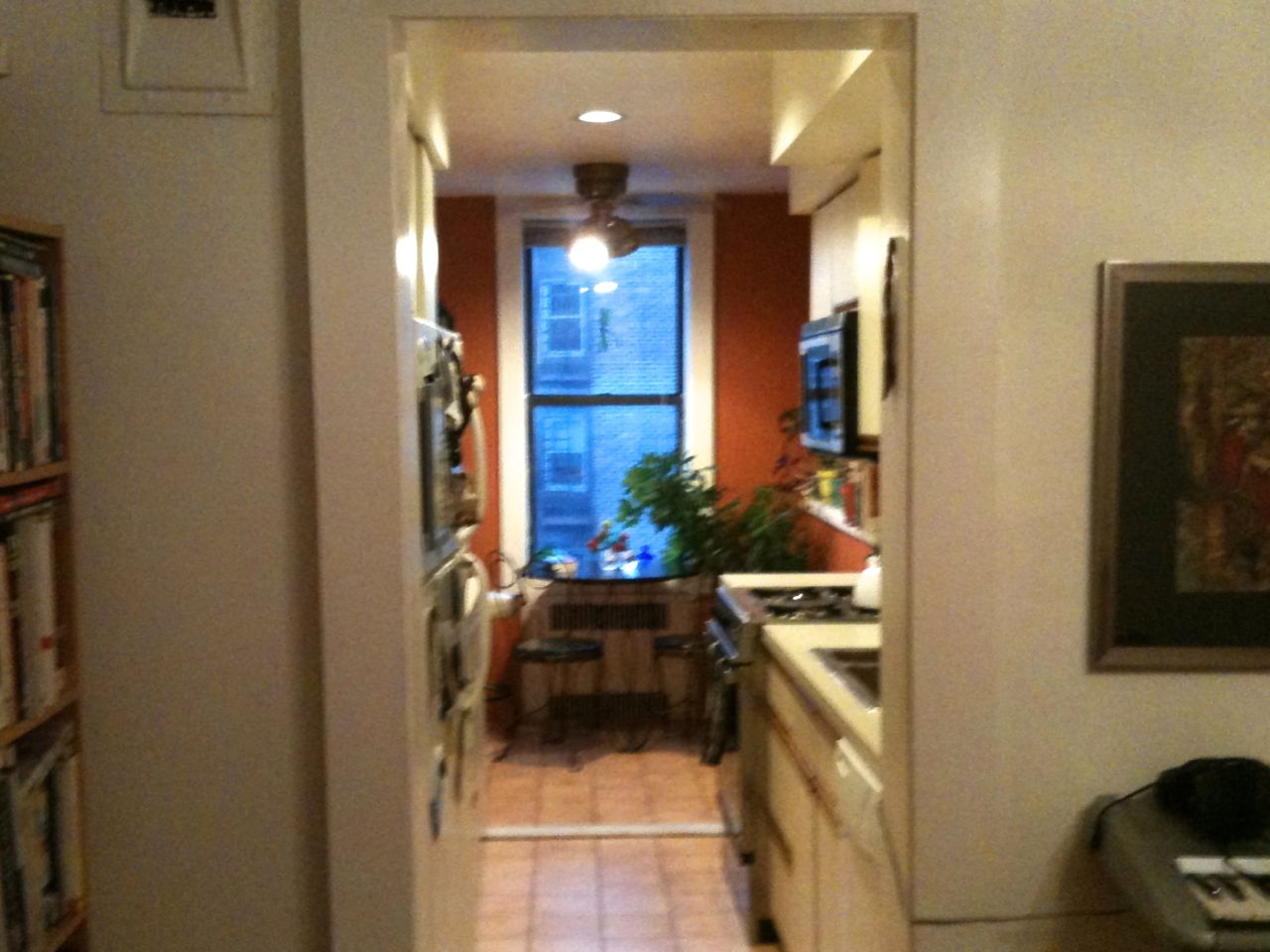 It was also very... orange. Terracotta walls and peach tile. 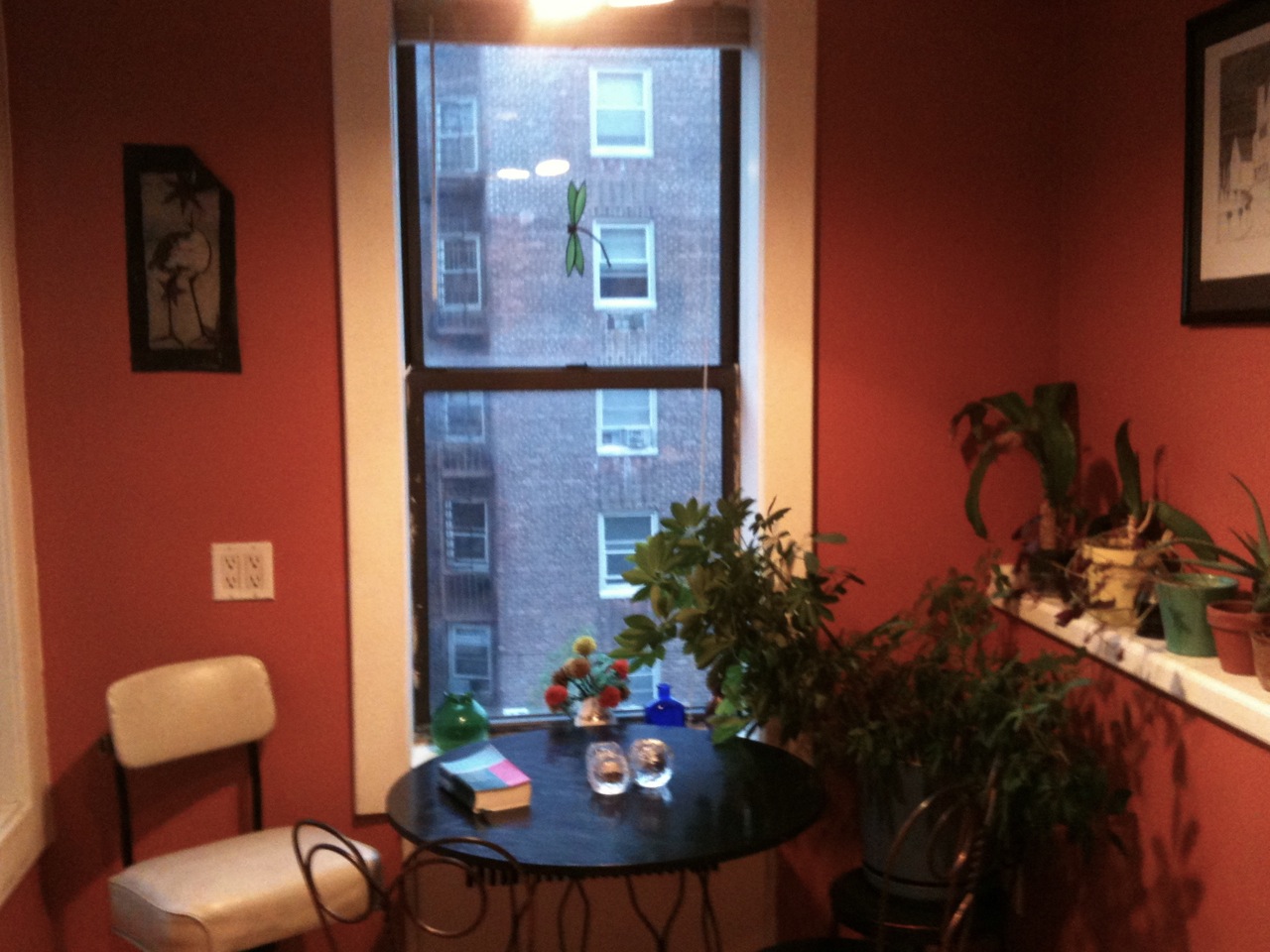 The kitchen was cute, but narrow, and not very functional. The oven was old and broken, but the range top worked. 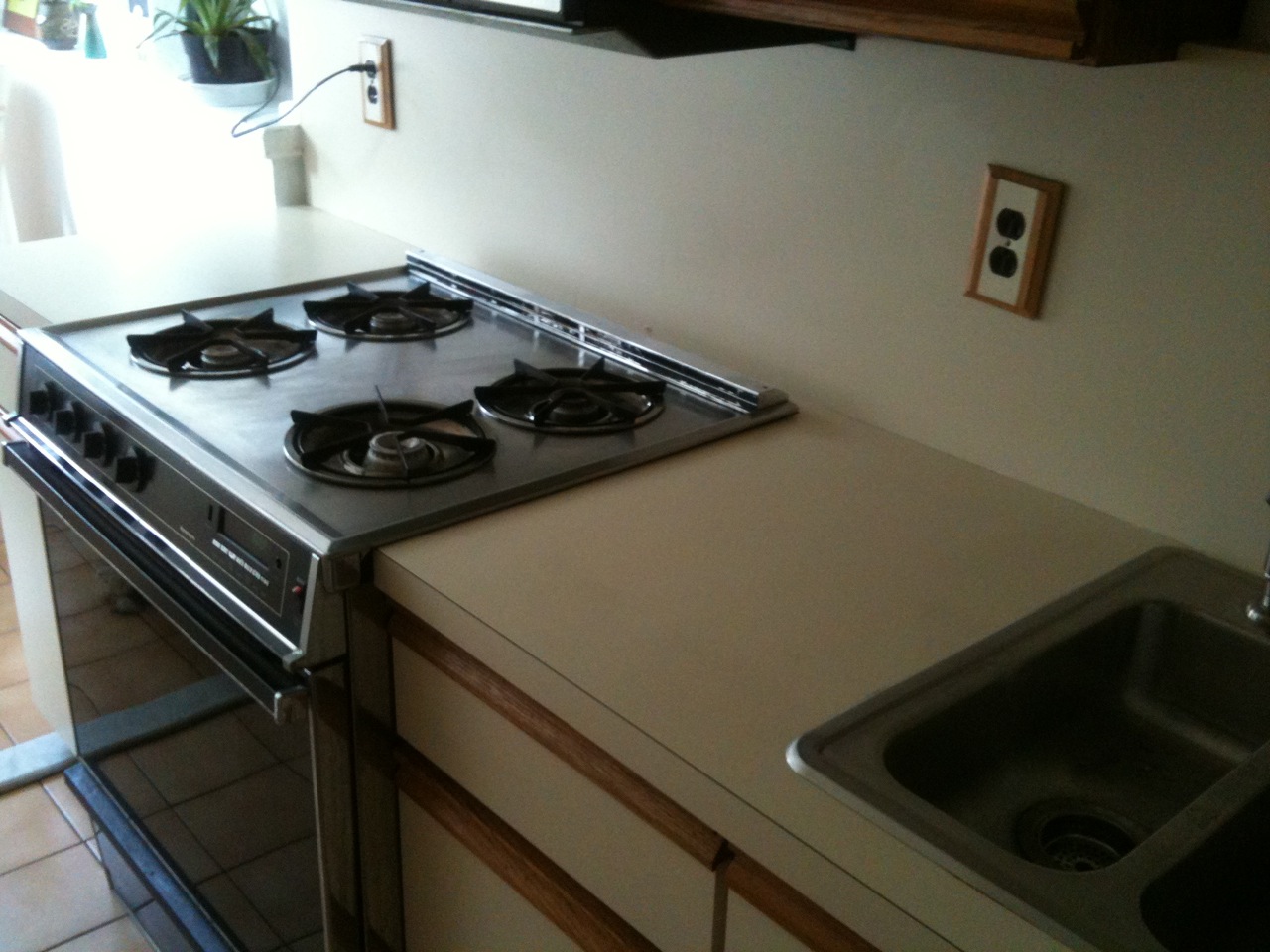 And there was a built-in microwave that definitely had to go. 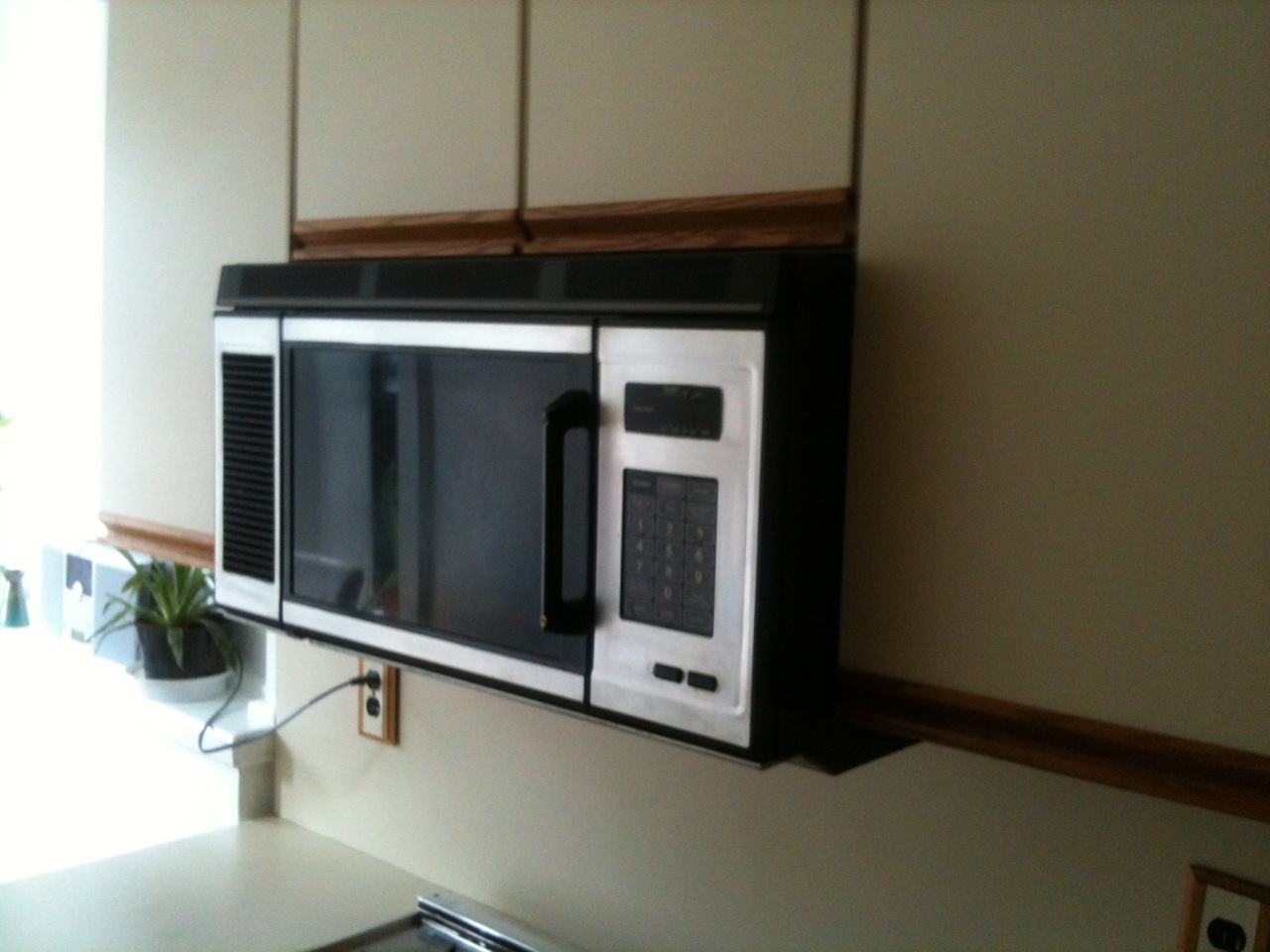 After a lot of thinking, we decided to just gut it all and start over as much as possible, within some limits so that we wouldn't have to get permits to move any plumbing, gas lines, or walls. 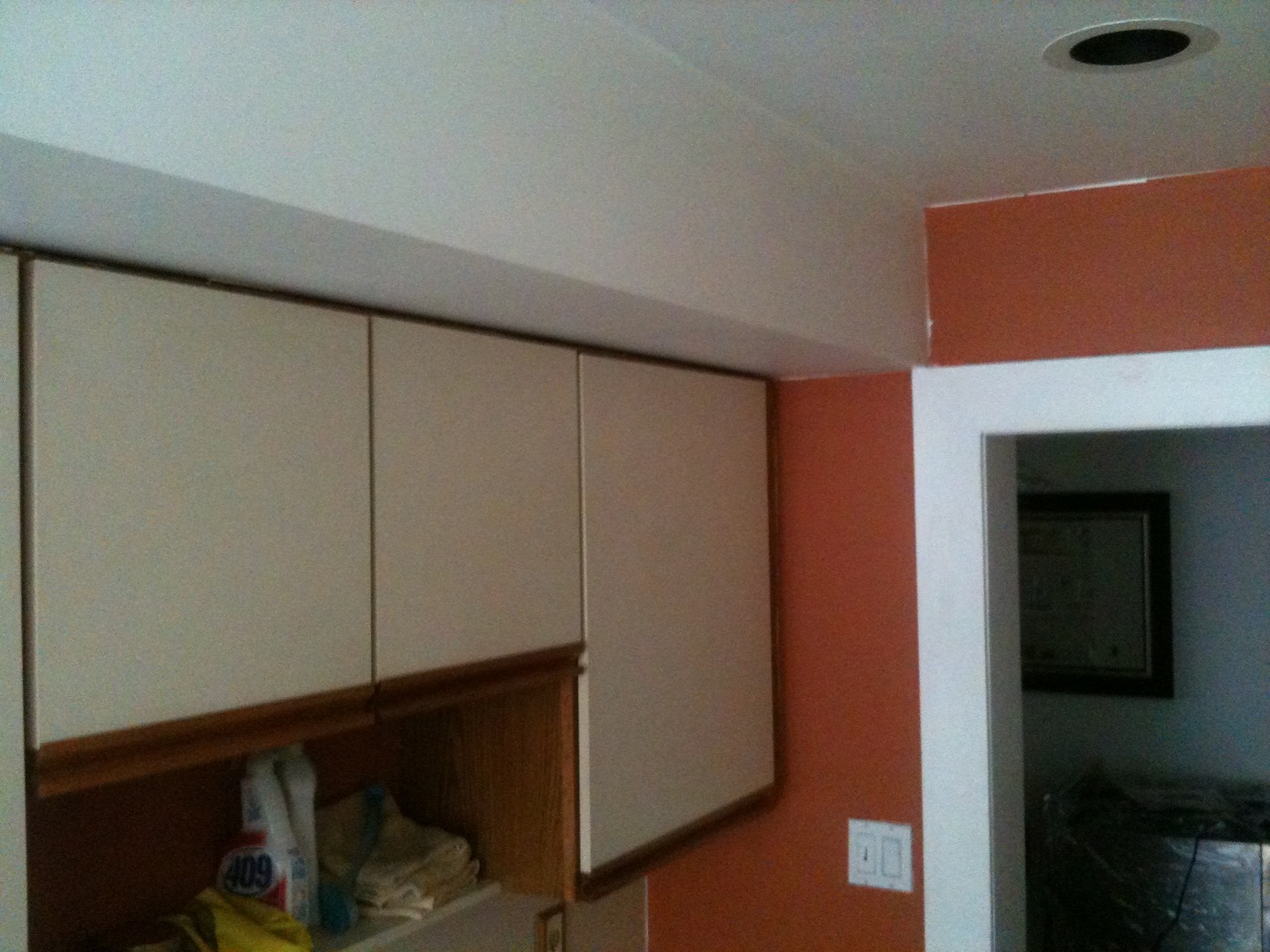 Meanwhile, we had already bought a new oven to replace the broken one, but it didn't fit through the kitchen doorway, so the new oven sat in the dining room, connected to nothing, from May until October. And the more we looked, the more problems we uncovered, in addition to the too-small entryway. The tiles and floor had been installed around the existing kitchen. In other words, someone built a new floor around the oven, cabinets, and everything. This meant the oven was sitting in a four-inch hole. The ceiling was oddly dropped. Then the refrigerator clunked out and died. The summer of 2012 was full of pretty annoying surprises.

During. Eventually, we found a contractor, talked to him about options, and figured out what we wanted. He drew up some plans. 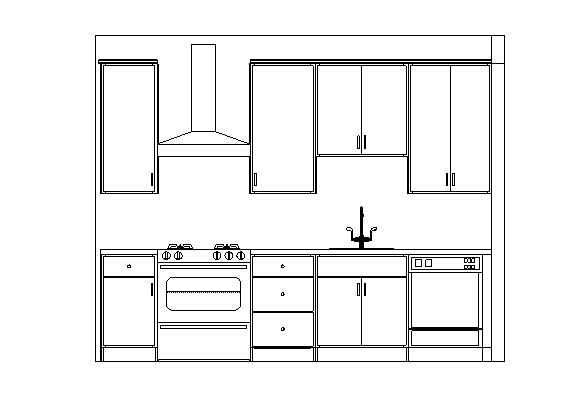 We had to make a lot of decisions, often about things we didn't care about at all. It took months. We used Pinterest to make boards of pictures of kitchens we liked, which helped with the decision-making. Any time we didn't know what we wanted, like for the counter top material, we'd look through photos and see, well, what kind of counter tops were in the photos we liked? We looked for patterns. I wrote about some of that process and other ways to use technology for a remodel at work. 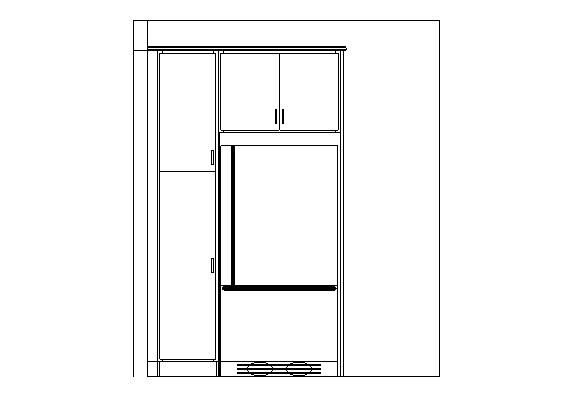 Then, the workers gutted. 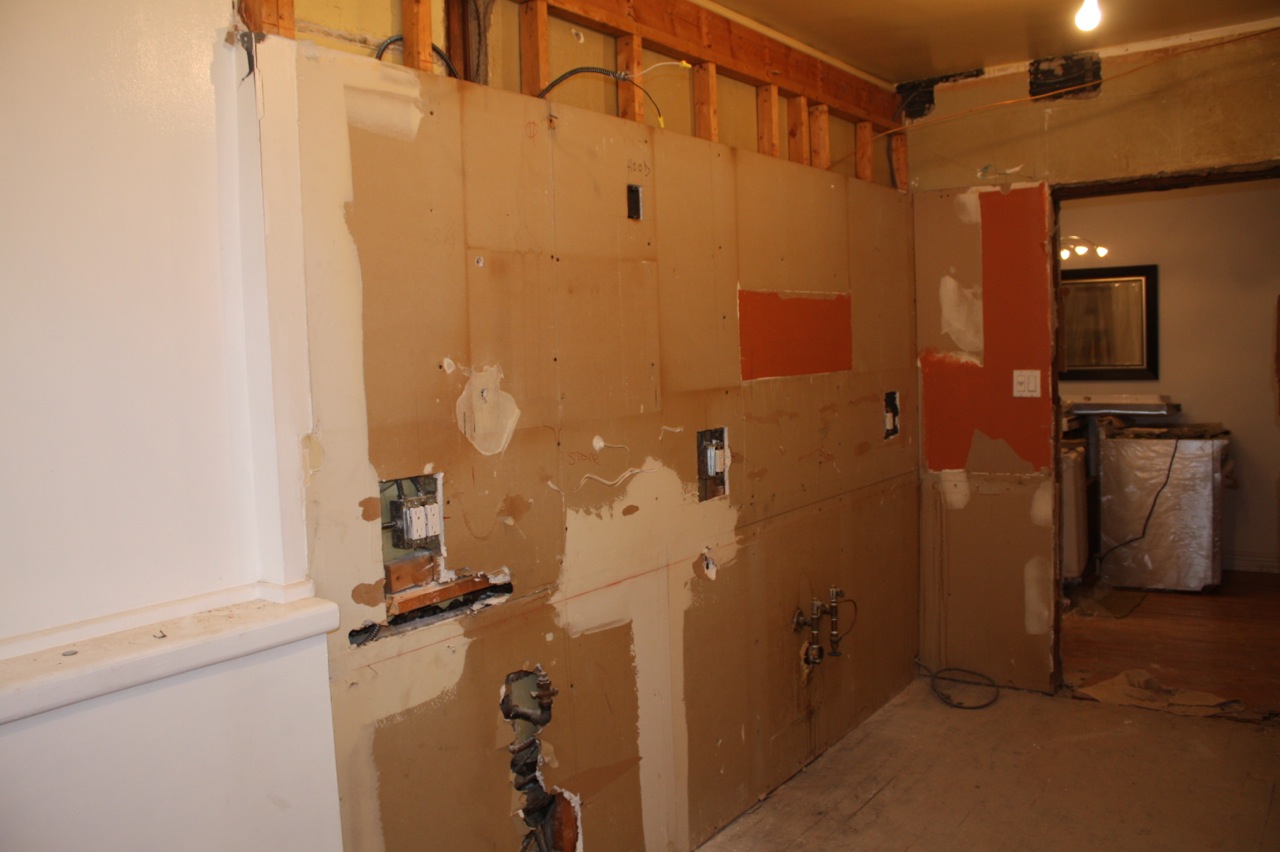 They ripped out the window box frames. They tore down the sheet rock. They pulled everything bare. 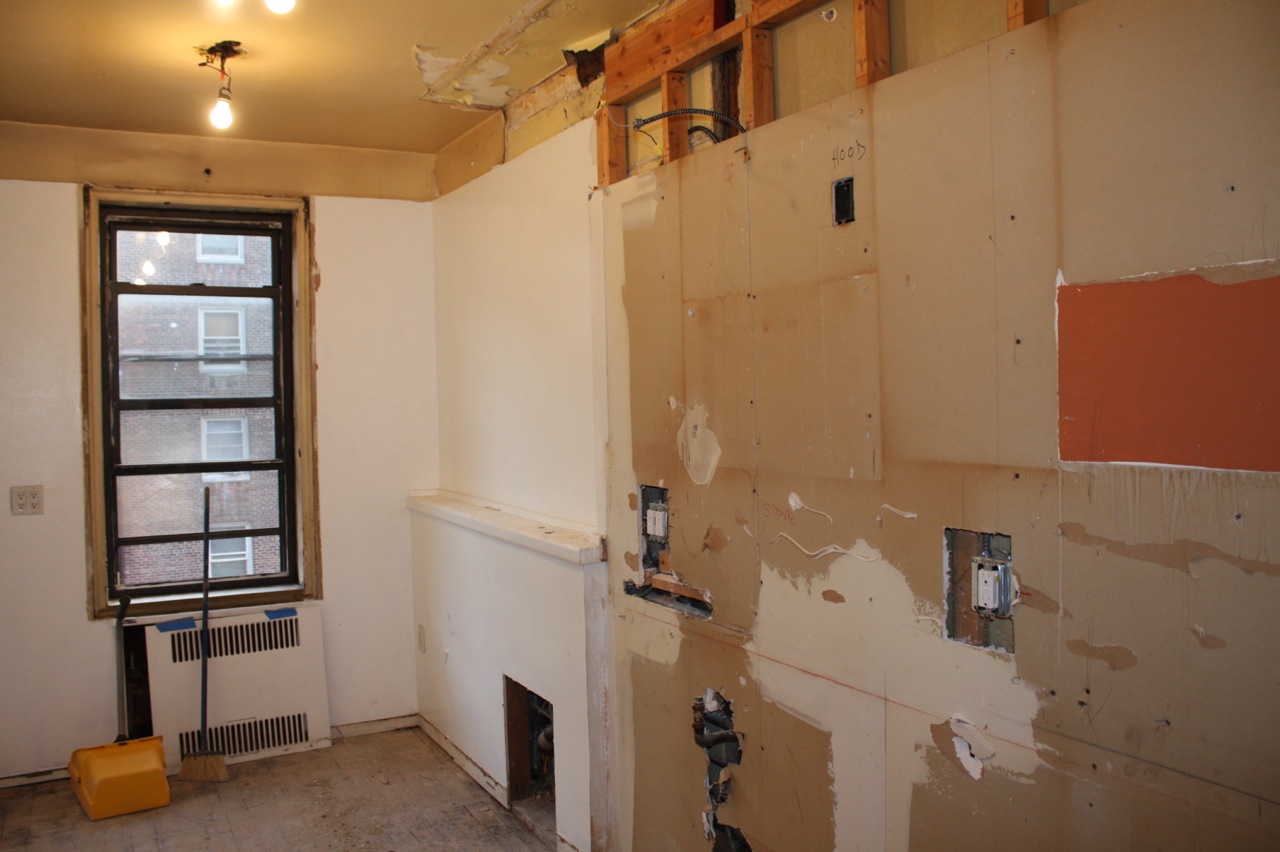 They dug out the old floor and built a new one. 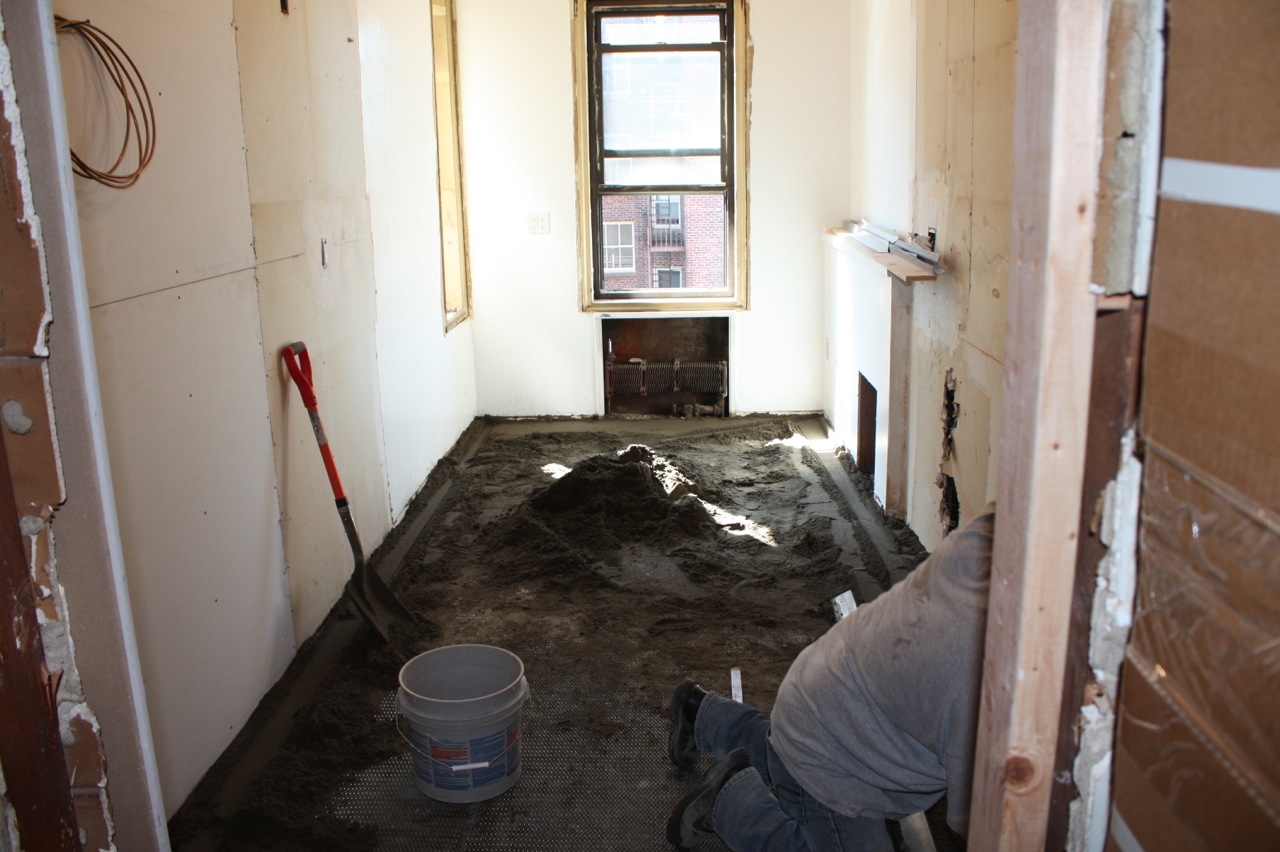 And for two and a half weeks, our dining room looked something like this: 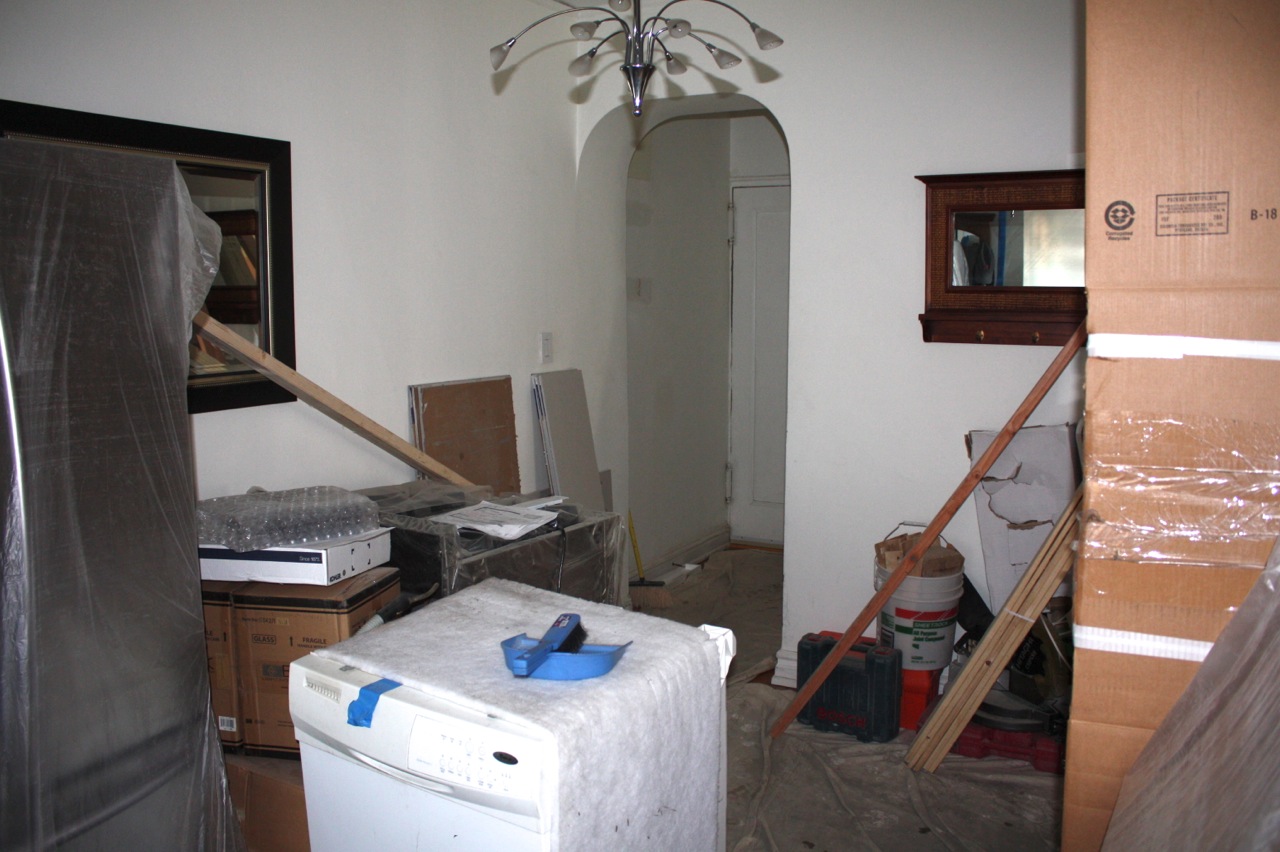 After. Expensive, time-consuming, and full of challenges, but worth it in the end. We had very tall (48-inch) hickory cabinets custom made to fit our space.

The countertops are Corian in glacier white, and the backsplash is Carrera marble cut into subway tiles, which we found online at a steep discount. 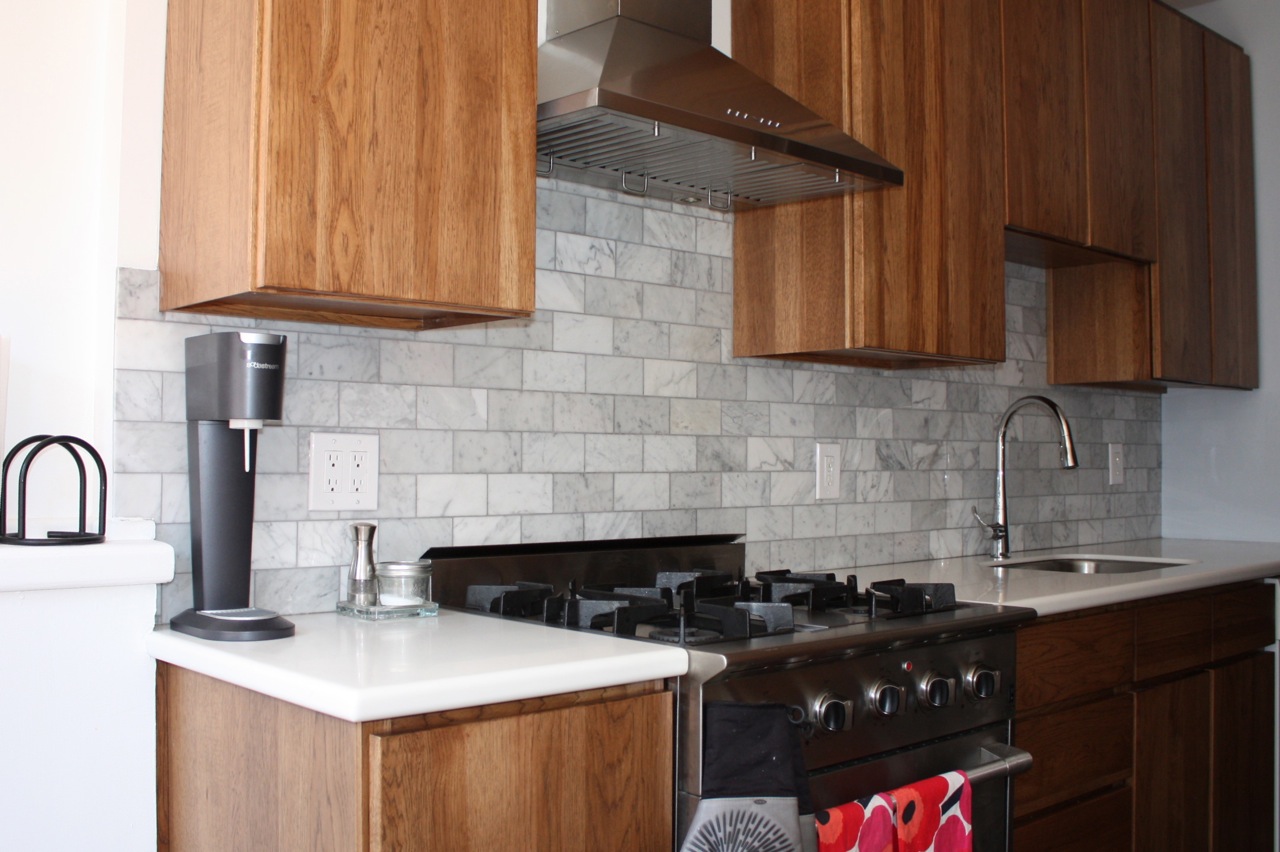 The oven is a 30-inch NXR double-gas-ring range with convection oven. 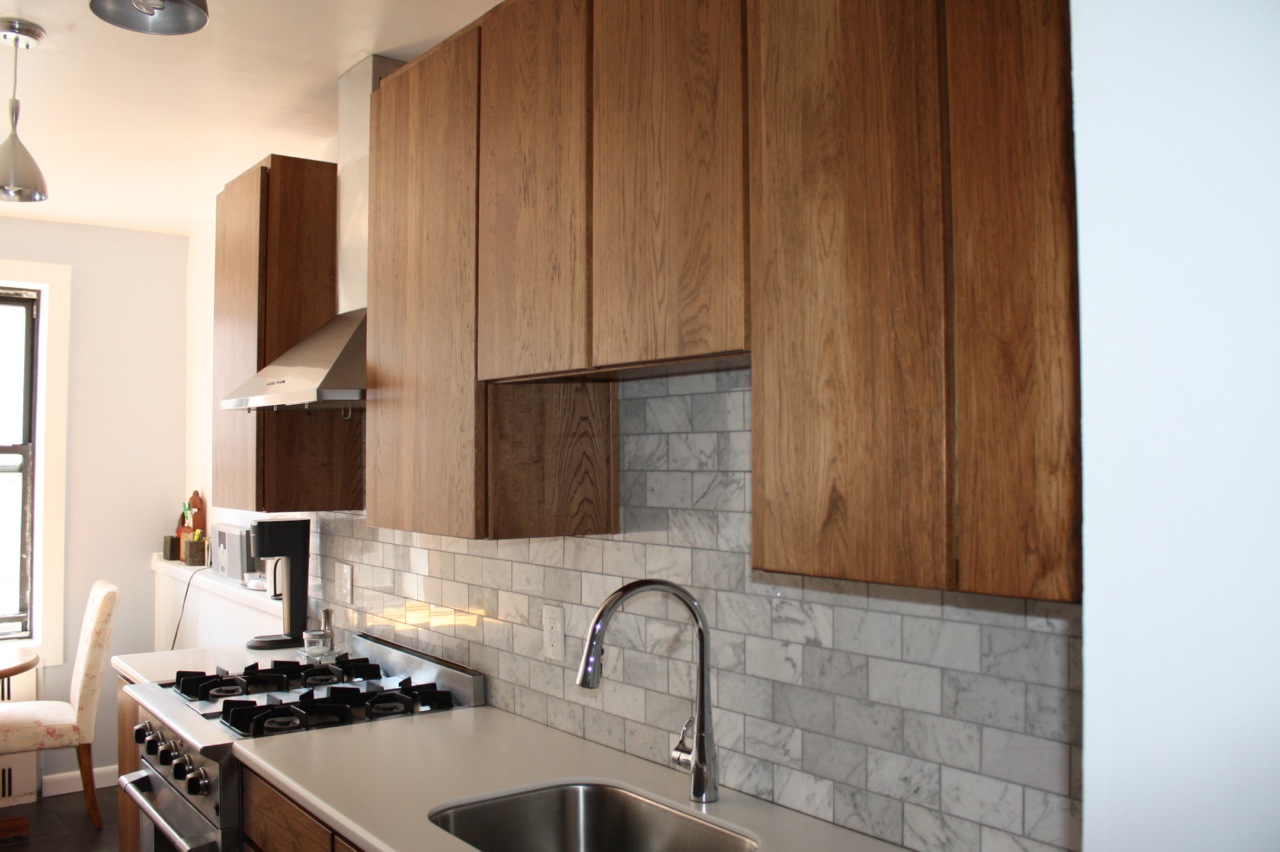 And next to the new refrigerator is a deep pantry for all our dry food, cans, and spices. 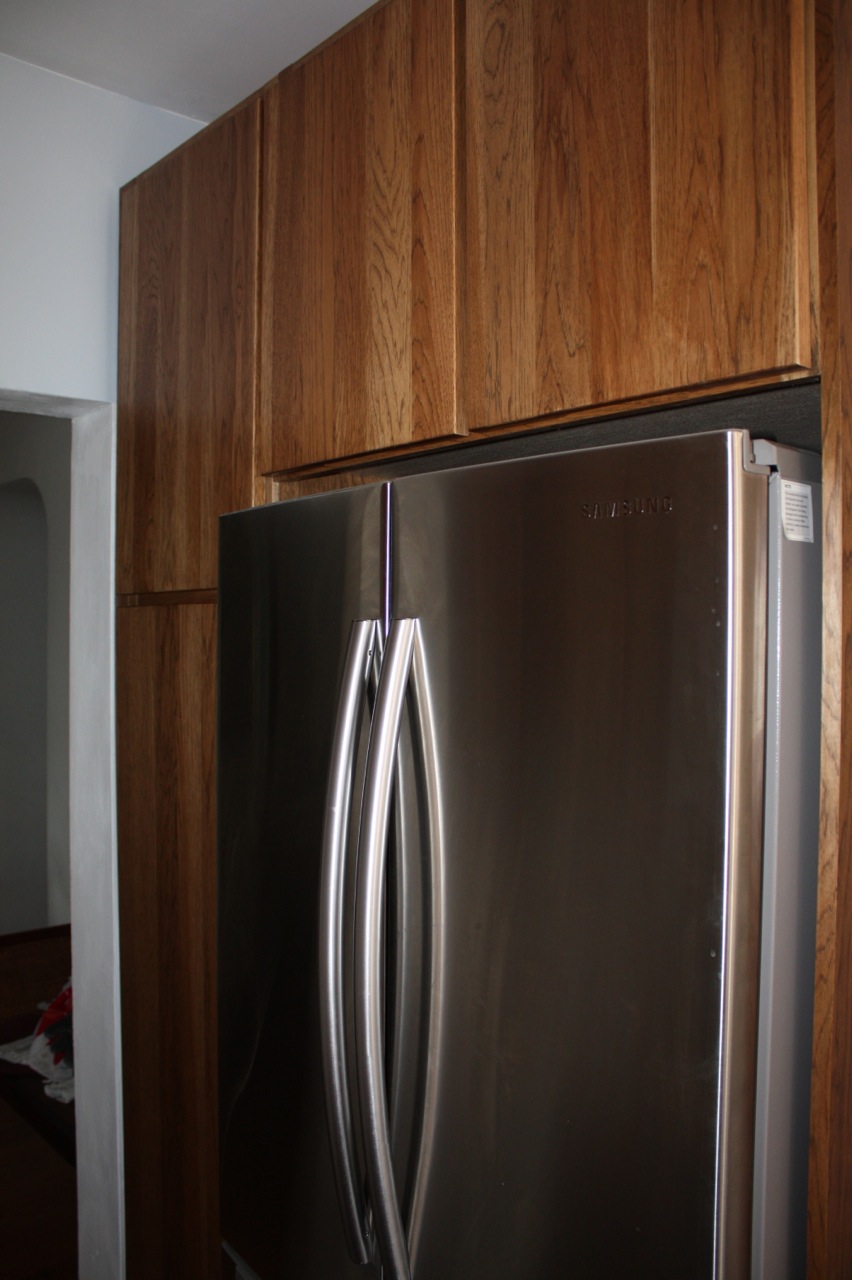 It took a while to paint, but we ended up adding an accent of light blue on the two small walls. We still need window coverings, but that will happen in time. For the lights, we went with three pendulums so that we could keep the ceiling at maximum height and thus make the whole kitchen seem bigger. You might notice, too, that in the "after" photos, the windows are bigger. That's because the previous window sills had been built in around the window frames themselves making the windows smaller and inoperable. The new window boxes fixed that problem. 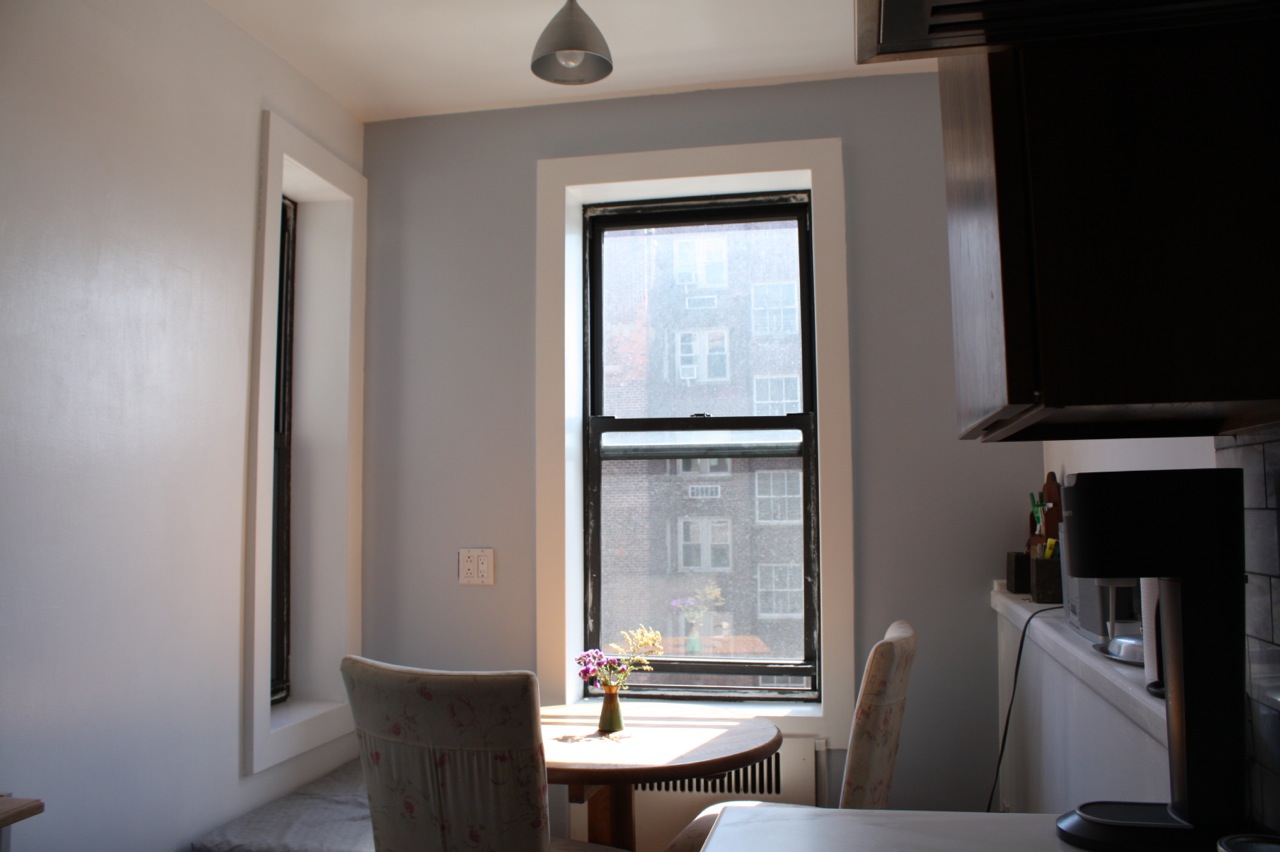 The floor tile we found just two miles away at a tile shop in Queens for about $3 a square foot. 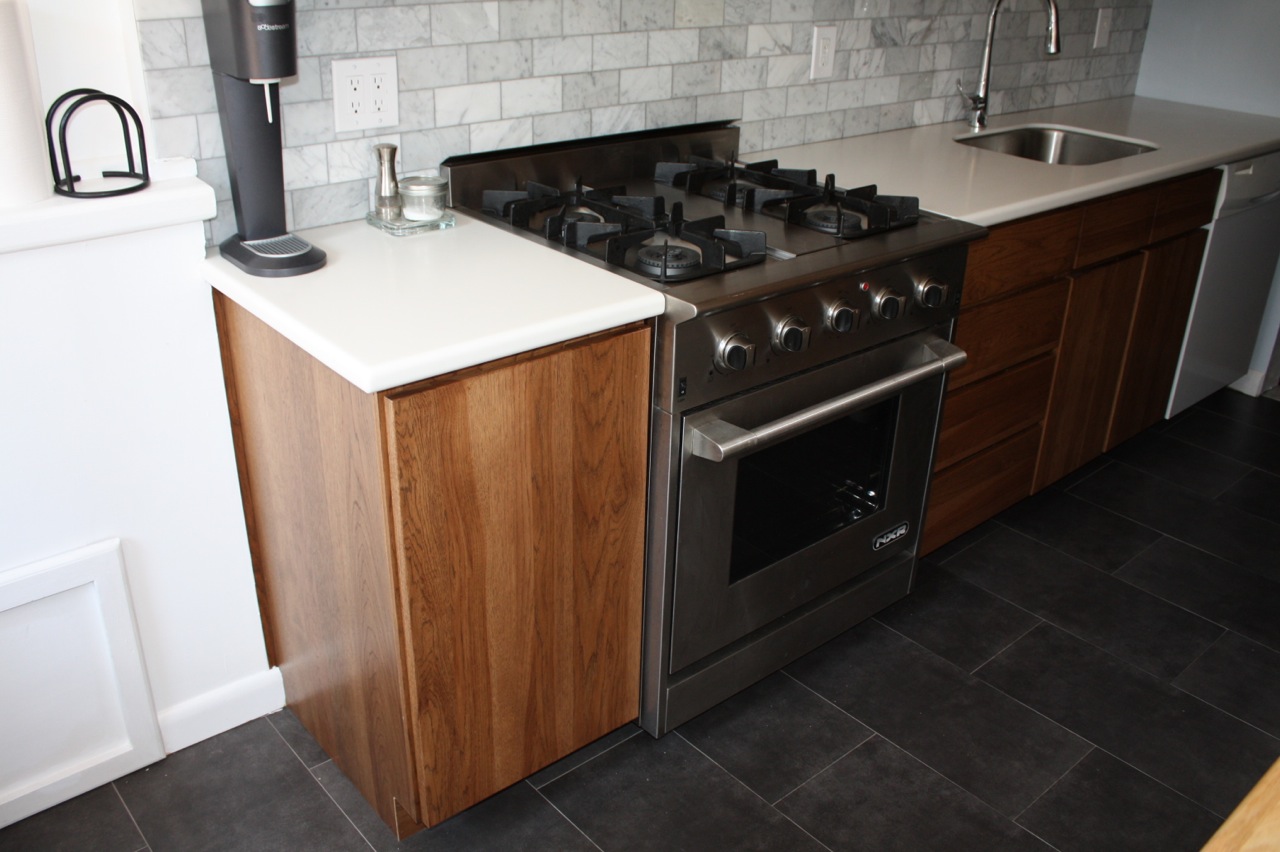