Apps for the Poor 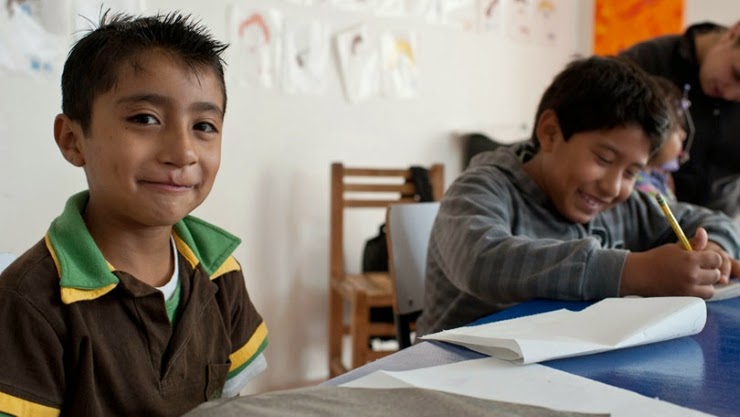 Over the summer, I decided to write a long-form feature article about a topic that really mattered to me. One of the topics I bring up all the time is that poor people, and what it means to be poor, is so misunderstood if you've never been through it.

I talk about this all the time. I'll often bring up the show Everybody Hates Chris as an excellent example of a show that did explore what it's like to be poor in an honest, complex, and funny way.

I wanted to write something about being poor and the complexity of being poor. And because my full-time job is to write about technology, I needed a tech hook. I found one when I discovered a non-profit organization giving out five fellowships to people to develop mobile apps for the poor. Bingo.

Ciara Byrne was one of the developers. She made a mobile app for domestic cleaners. You know, cleaning ladies. They're poor, but they run their own businesses, and when she talked to them, she learned that they really need help communicating with their clients. So she made an app. She talked to them. She spent time beta-testing with them to figure out if the thing she made was solving the actual problems they had.

The key, it seemed, was to figure out what sub-groups of people within the poor had specific needs. Another that I found was children living in Mexico born with a cleft lip or palette. Because their mothers are poor, they don't always have a sonogram that shows the cleft before they're born, which is what happens in rich countries. The parents don't always know why it's important to get cleft palate repair surgery. But children who don't have the surgery at an early age basically can't strengthen the right muscles to speak properly (they face other social issues and speech, too). A group that funds cleft-repair surgeries in developing countries came up with an Android app that they can give to families post-surgery to help coach them through different kinds of therapies, seeing as the patients often live very far from the hospitals and support staff.

These were all fascinating stories to me.

I spent weeks interviewing the fellows and the heads of the organization. I hunted down other apps and developers, too. My goal was to find apps that were helping poor people solve actual problems they face in their daily lives, rather than apps that do little more than try to give poor people advice on how to not be poor anymore.

It was a little depressing to work on the article, though, not because the topic was a downer but because I got very little support from my team at work. Other projects with dollar signs behind them came up, and no one explicitly stopped me from working on my Apps for the Poor article, but the higher-ups all made it clear that we definitely had other priorities.

In the end, I wrote it, fact-checked it, and even largely edited it without any help from my editors (I had a fellow writer read it and give me feedback, and that was the extent of the editing). I pushed it through. One editor had a final read on it, and she changed the headline because, "Apps for the Poor sounds offensive."

She also said to send this story through the news editors next time. The whole point, however, of not "sending it through news" was because I worked really long and hard on this piece and cared about it and wanted it to be good. The news team's objective is to get articles published fast. Without getting into too much detail about how my organization operates, let me just say that going through the news team was absolutely not something I was willing to do in this case.

I thought about her title the whole day before the article was published. At 11:00 p.m., I wrote her an email saying I disagreed and I very much stood by the title. How about softening it to "Apps for the Poor: They're Not What You Think," I suggested. Fine, she said.

It finally ran, and the subjects of the article were all very pleased with it. None of them thought the headline was offensive, but they, after all, work closely with poor people. They know them and understand them. They know what their actual problems are.

The article was picked up to be reprinted in the monthly magazine edition of PC Magazine (it's a digital/iPad magazine, not a print magazine, at least in the U.S.), and the blurb teasing my story went like this:


"Lower-income people can benefit from apps, but too often developers don't keep their most urgent needs in mind. A recent fellowship in New York helped app developers determine what's most important for people at every income level, and the software that resulted is already changing lives."

It's not about "lower-income people" or "people at every income." It's a story about poor people, and how no one (okay, very few) people are listening to what their actual problems are and what kind of tools and solutions they want to ease their problems.

I'm still exceedingly proud of the piece and am happy I wrote it, but it was quite a learning experience in ways I didn't expect.