The Year of the Cucumber: Part II 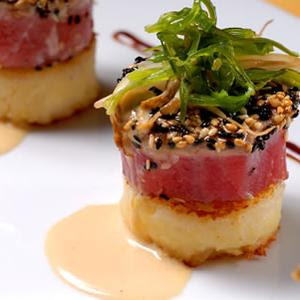 [In this three-part series, I’m reflecting on food, eating, and dining philosophies after a series of recent events (Part I) lead me to think more intensely about all of these things.]

Frank Bruni, at a book signing this week for Born Round at Barnes & Noble’s, in New York talked about how being The New York Times dining critic for four years taught him to have more respect for how difficult it is for a kitchen to put out good food. The workers are paid very little before tips, and even with tips, they don’t make much. The environment is harsh. And yet, in the city of New York alone, there are dozens, if not hundreds, of places to have an exquisite meal. 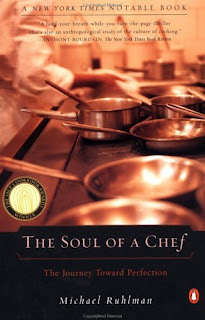 Michael Ruhlman in Soul of a Chef writes about how his respect for putting out great food has deepened, too. He watches top chefs flail and flounder fundamental cooking skills, and as a result, fail the Certified Master Chef exam. He hangs out behind the scenes an up-and-coming restaurant, and gets to know the young star chef who is wowing people on the outskirts of Cleveland, but chokes when a national food critic comes to town, announced and with a reservation, and with the restaurant footing the bill!


At first, I found myself nodding. Yes. Fundamental skills—shopping, slicing, blanching, simmering, the building blocks of cooking—are what determine whether a meal, a chef or cook, a plate’s design, a menu even has the chance of being great. Yes! People in the food service industry work in extremely rough conditions, battling heat, humidity, fire, sharp objects, enormous stress, and often, one another’s fetid attitudes. And yes, isn’t it amazing that despite all this, haute cuisine even exists?

Ruhlman finally literally lives for a few weeks at the French Laundry, easily the most important American restaurant of the last 15 years, a place that has, more than once, been named the best restaurant anywhere. Ruhlman observes the working kitchen, talks to chef Thomas Keller at length about his history and his philosophies of life, cooking, and running a restaurant.

After all this build-up, Ruhlman swoons when he finally tastes:

“a crispy medallion of calf’s brain with a celeriac puree and black truffles. (I eventually had Keller’s calf brain, and it was so good, I almost tipped over in my chair at Table Five in the middle of dinner, slowly and to the side, as though I’d been turned to concrete from euphoric surprise. … I can’t name any dish anywhere ever that has been better. That, I realize now, in contented retrospect, was the best dish I have ever eaten….)”

At some point, I stopped nodding my head and thought, wait, we’re talking about food! How can anything be “the best dish I have ever eaten”—that’s not how food and enjoyment of eating works! We eat food every single day, most of us eating four or five times a day, and there are so many factors that go into our enjoyment. How are we feeling that day, both physically and emotionally? What tastes are on our palate from earlier? How is our appetite? What’s the weather? Who else is eating with us? Where are we in the world? And most importantly, what are our expectations?

Ruhlman later does investigate the expectations of diners at the French Laundry, namely that people come in very serious and ready to drop a lot of cash, and then are given ironic surprises that break that gravity with a chuckle (the example is a piece of duck kidney hoisted onto a toothpick like a flag).

But the point is, it’s just food.

I love food, more than most people. I like eating it, cooking it, looking at it, growing it, and handling it. I like making it look and taste good for others. I like eating alone, eating with others, I like fine dinging as much as I like Peanut M&Ms. I will eat airplane food and tell the person next to me to try the cold salad because it’s actually not bad.

Last night, I volunteered at my CSA (Community-Supported Agriculture non-profit group) distribution, and I was sorting through a box of turnips, wiping the dirt from the biggest and roundest ones, and laying them uniformly in one direction. When members came to pick up their food, I wanted the turnips to be beautiful and for the people to want to eat them. I hoped the members would be just a little bit happier to see lovely turnips on display, rather than a jumbled box they’d have to pick through. Another volunteer came up to me and complimented the display. “Thanks,” I said, “I really love food.” She said, “Oh, I do, too!” I thought, “No, you don’t. If you did you would be marveling at the bok choi or fluffing the baby greens or knocking dirt off the carrots.”

So when I thought to myself, “It’s just food!” it kind of surprised me!

Part of that reaction came from guilt for and minor rebellion against fine dining and the excess associated with it, a discussion that is outside the scope of what I wanted to talk about now. (On the other hand, fine dining is not about being fed. It’s about pleasure and leisure, and a whole experience built around those things.)

In the last month, during which time I ate out half my meals, I considered more sincerely the whole experience of eating, beyond the food itself.

Any memory that takes place over more than a few hours will absolutely involve food or drink, even if you can’t remember exactly what you had. I remember a night back when Boyfriend and I first started dating when we went out after work and spent hours together. We ended up in Sausalito, where we had an impromptu picnic on the sidewalk made up of take-out food from Trader Joe’s. I don’t remember what salad it was, and I don’t think it much matters. What I do remember is the simplicity of it, the setting, sitting cross-legged on the concrete and watching crabs scurry around the rocks on the shoreline.

Nostalgia plays a huge role, of course (Proust and his madeline). Does the anticipation of nostalgia fit into the picture, too? Do we consciously think about what the memory will be as we’re creating it, as it’s happening? Sometimes we do.

When the food itself is elevated and our expectations are heightened, I think this is when we prepare in the moment to make the memory the most. Ruhlman gets at this in talking about the French Laundry, located in Yountville in wine country of northern California, which for most guests means it's a destination restaurant. Almost everyone who eats there is on vacation, has made reservations weeks in advance, and is in wine country for the gustatory experience. They want to remember this meal. They are prepping their senses, brains, and emotions to make memories.

Even in circumstances other than traveling to one of the world’s finest restaurants, and other than being on vacation, food is very often a main character in the memory as its being written, if only because of all the communal things that happen over a table, the sharing, the familial aspects, or the frequency in which we partake. Weddings, wedding engagements, holidays, moments of bonding, nights when a long, drawn out emotional conversation takes places, all very often include food memories.

Why? Because it’s always there, never more than a few hours away. It’s food. It’s just food.

[In Part III, the final post of this series, I’ll give an overview and mini review of the “Four Fucking Dinners,” and explain why I've chosen the title "The Year of the Cucumber."]