In eighth grade, I won a gold medal for being the best student in "the technology and home economics classes." As far as I know, the award wasn't based on grades. It was sort of a "teacher's choice" award given to someone who showed a keen interest in the subject and some kind of promise.

After I had received the award, my mother teased me mercilessly. "Ha ha. Got the gold medal in home ec., did you? So, you're the best there is in the eighth grade at baking cookies and sewing teddy bears?" This was the early 1990s, before having an interest in food and cooking, or hands-on crafts, was cool.

What I didn't ever tell anyone is that I was really proud to have won the "tech" part of the award. Technology class was actually two courses: wood shop and metal work. In wood shop, we spent several weeks learning how to do mechanical drawings, which are essentially simple blueprints. I could have done mechanical drawings all day long. I loved it so much, I began entertaining the idea that I might study architecture in college. I remember being able to look at my work and see that it wasn't perfect. I felt slightly frustrated that my hands weren't as steady as some of the other students'. But the desire was there to improve. I wanted to work on them. I wanted those drawings to be better. And I think that's what showed through to the teacher.

Home ec., on the other hand, was a breeze. To get an A in the class, all you had to do was not cut class, follow both written and oral instructions, demonstrate basic time-management skills, and not set anything on fire. In a typical class, students would receive on paper a recipe or sewing pattern, hear additional oral instructions from the teacher, prepare their workspace with other students in their group, follow the instructions, and clean up. Complete this in 50 minutes, and you got an A. The students who got B grades were the ones who threw flour at each other, didn't wash their utensils thoroughly (or at all), 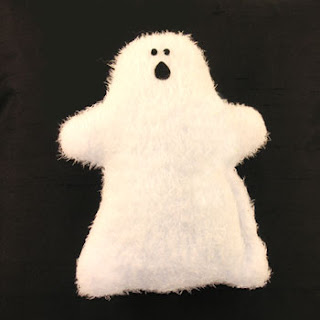 screeched and squealed while working, forgot to preheat their ovens, and gossiped when they were supposed to be sewing. The projects we completed were ridiculously simple, too. The grand finale in sewing, for example, was to make a stuffed toy "ghost," a single-colored, single-fabric, amorphously shaped blob stuffed with cotton, in two weeks. It was a joke class for me, and I sometimes resented that it was required.

Not my photo; image from Wrapables.com.

But wood shop challenged me. I remember talking to the teacher — Mr. Scarpetti was his name I think — the way I couldn't talk to any other authority figure. He looked like a middle-aged, skinny, Canadian version of Freddy Mercury, with a bushy mustache, a curly mop of hair, and a red flannel button-up. We had actual dialogues, back-and-forth conversations, in which we said what we were actually thinking. We thought through ideas that were both related to the class and on the very periphery. We talked about intellectual curiosity. It wasn't so much Mr. Scarpetti's demeanor that set him apart. I'm sure plenty of other teachers engaged with the students this way during extra help sessions or after class. It's just that I couldn't or wouldn't talk to other teachers in the junior high like this. What made me able to talk to him was the nature of the class. It was wood shop. We walked around and got the tools we needed when we needed them. We worked on projects at our own pace. It was free-form and independent with basic ground rules. I loved it.

One of the things I remember talking about with Mr. Scarpetti was precision. While looking at another student's mechanical drawing, he said, "Those lines are supposed to be a quarter inch apart, but they look more like three-eighths." He pulled a measuring tape from his shirt pocket. "Yep. See?" He showed the student the actual measurement. I peered at the drawing, too.

"How can you tell just by looking at it?" I asked.

The idea of developing true expertise in a craft was not something I had thought much of before; but now, seeing it in action, it was absolutely astounding. I had a thirteen year-old's moment of awakening. I realized how much I craved expertise, that it was one of those larger things that unified so many other things I liked and wanted to pursue.

I had forgotten about all of this until recently, when I started to think about learning precision knife skills. When I talk about wanting to master knife skills, I'm not talking about being a competent home cook. I'm already very competent. What I want to do is cultivate a level of expertise that I don't have currently. I want to be able to look at a julienne cut and know, just by sight and touch, whether the measurements are correct. I want to be able to take a jumbo carrot and be able to decide how many batons I can get out of it before squaring it off.

Early next year, I'll be taking a 5-week course called "Fine Cooking 1" at a New York-based cooking school. My goals are to 1) come out with some new skills that I don't have now and 2) have a deeper understanding of some cooking techniques that will allow me to continue learning by asking new questions, as I think that's the real path to cultivating expertise.