Site of the Day: Skydrive.Live 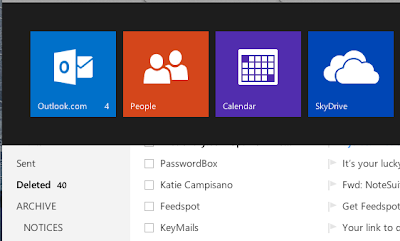 Over the next few days here and on social media (follow me on Twitter), I'll be sharing some of my favorite websites. Enjoy!

Skydrive.Live
Did you know you can use free and legal copies of Word, Excel, and PowerPoint online? People who work with technology quite a bit likely already know about Skydrive, but I'm always surprised how many others have never heard of it. That's probably in part due to Microsoft's notoriously poor processes of choosing names for products, switching the names, and bungling the media outread (sorry, Microsoft, but it's painfully true).

Update: Microsoft will be renaming Skydrive due to a trademark battle in the U.K. Can I just say that this is so completely typical? One of my biggest complaints about Microsoft's products and services is that they are inconsistently named and often renamed during the course of their lifetimes, which means if you search for information or tutorials about the service online, you might not find what you need because you would have to be searching under the old name.

Think of Skydrive as being similar to Google Drive (formerly Google Docs), only it's all sanctioned by Microsoft. You get Web-based access to Word, Excel, and PowerPoint, so that you can create and edit documents that run in those programs. You also get some free online (ehem, "cloud") storage with an account.

How do you get Skydrive? Simple. Sign up for any Microsoft Live account, which includes Hotmail and Outlook.com. If you already have a Hotmail account, you already have Skydrive. Look in the upper left corner of the screen. See that down-pointing carat? Click, and you'll see Skydrive as an option.

Students especially should know about Skydrive because unless they need the full version of Microsoft Office, with every single feature, then they can probably get by with Skydrive and don't have to buy Microsoft Office! That's really a big deal. I wish I had had Skydrive when I was in college.