My Grandma Played Dumb Too Long 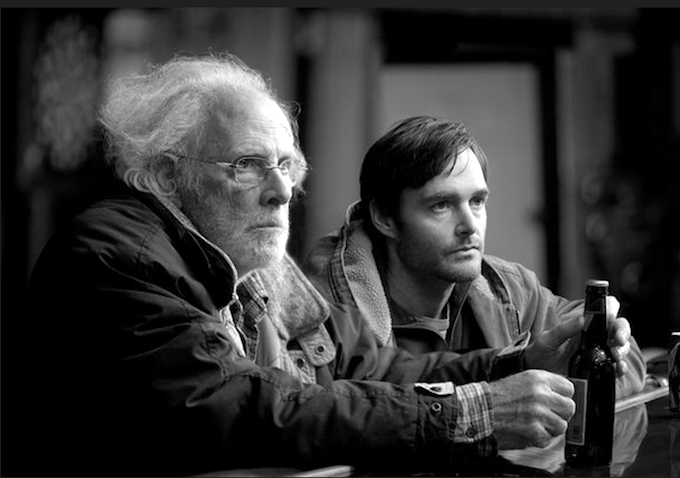 In Nebraska, Bruce Dern plays an elderly man named Woody who's losing his marbles. He thinks he's won a million dollars in a direct-mail marketing campaign, but (spoiler alert), he hasn't. But he's utterly determined to go to Nebraska and claim the prize, even if he has to walk from Montana. His son relents and takes him there, turning it into a road trip. I'll spare you the middle, and fast-forward to the part where he finally has to confront the reality that he hasn't won anything at all. The woman who breaks the news to him gives him a trucker cap that painfully reads, "PRIZE WINNER."

Throughout the movie, when his son David asks what he'll do with the money, Woody says he'll buy a new truck. So after the moment of defeat, the next scene puts Woody and David in a car dealer parking lot. David comes out to tell Woody that the slightly used pick-up he sees in the lot is now his own.

"You work somethin' out with the prize people?"

That's the best line in the whole movie.

The dialogue sounds like Hemmingway prose at times. Woody gets out a couple of great lines that are so stark and blunt, yet packed full of meaning in their brevity.

What I love about "You work somethin' out with the prize people?" is that it gives us insight into whether Woody really is as mentally set back as he's made out to be. The audience is meant to be assessing Woody throughout the whole film. There are moments when we believe David is still in denial about Woody's state, and other times when Woody lets on that he's still got some of his wits left.

My grandmother used to play dumb. It was her only punchline. Sometimes it killed, and other times, especially as she got older, it was hard to tell whether her lack of intellect was in fact a joke.

I don't know if it's generational or an aspect of some people's personalities, but I honestly think my grandmother played dumb so long all her life that she started to buy into it.