The Secret Benefits of Being Organized 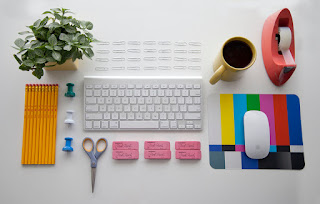 Think about the most organized person you know.

Picture this person's organization in action. Maybe it's a friend who plans vacations with spreadsheets, arranging all the activities for a group, getting the best prices, all while making sure everyone has enough time to get where they need to be. Or maybe it's a colleague who takes fastidious notes during meetings and always knows the answers to questions that everyone else says, "I don't know. It's somewhere in email."

The Secret Benefit of Being Organized
Describe the most organized person you know with a few adjectives, but not "organized." We already know that. The first ones that come to mind might be:
But were any of these words on your list?

We often associate these very positive traits with organized people. If you're a highly organized person yourself, do you think people see you as reliable, trustworthy, and honest?

Once you have the reputation for being an organized person, people really do start to think you have these good characteristics.

The Reality of Being Organized
In reality, being organized has very little to do with most of these traits. But organized people benefit from the positive stereotype anyway.

Think about it. It's entirely possible to be organized without being clean or tidy. You can know where everything is, but never scrub your toilet or change the sheets on your bed. Likewise, an organized person can know when all the deadlines are, but not have any drive to get her work done on time. Motivation and organization are not the same thing. An organized person can be freakishly obsessed with putting all her cans in the cupboard facing the same direction, but that's pretty much the opposite of efficiency. It wastes time and serves no functional purpose.

Here's an example: I'm meticulous in how I structure my computer folders and how I name my files. In the moment, it can seem like a waste of time. Why not just use the default file name so I can get to work? In the long-term, though, when I organize my folders and name my files a certain way, it helps the most pertinent work surface to the top every day so I always know what to work on and where the files are. It's June 2015 right now, so when I start my day, I open the 1506_JUN folder. The files at the top of that folder are from the beginning of the month (sorted by filename), meaning the files at the bottom are the most recent. When it's time to get to work, I don't have to think about what my priorities are. I look in the right folder, and the work announces itself.

The point is that sometimes actions that seem wasteful and inefficient from an outsider's point of view are in fact very useful to staying organized. But sometimes, an organized person (with a whole lot of soup cans) can fixate on a task or situation that is very organized, but is not at all efficient.

The Downside of the Organized Stereotype
There is a downside to being stereotyped as a highly organized person, too.

People believe I'm very organized. I wrote a book about it. I have a weekly column about it.

But sometimes, I fuck up. And when I do, it's extremely difficult to manage the shame that comes with it because of the heightened expectations people have of me to always be "perfect," I word I hate. Let's say I show up 25 minutes late. I feel bad about whatever happened that caused me to be late, but I also feel bad because whoever was waiting for me had the expectation that I would be on time. If I break from character, as it were, and do something that goes against the positive stereotype of an organized person, I worry people will see me as unreliable, not dependable, not moral, not trustworthy, the opposite of all the adjectives I listed above. The expectation that I will be on time is higher than the expectation that a non-organized person will be on time.

There is definitely a presumed expectation, and as a result, a feeling that we organized people are constantly being judged.

Do you subconsciously hold organized people to a higher standard? Or if you're an organized person yourself, do you feel judged whenever you don't exhibit the stereotypical traits of a highly organized person?