The main reason I adore bakeries is for their aesthetics. When I travel, I window-shop at bakeries and confection shops, sometimes snapping photos, gazing over the rows of elegant pieces of edible art.

To other lovers of food, the fact that I hold something in such high regard based on looks rather than taste may seem like a betrayal of principles.

However, like other art forms that I have an extreme appreciation for (editing, design, and architecture come to mind first), pastry arts relies on a tripod balance between visual aesthetics, taste, and practicality.

First, there’s a heightened awareness of beauty, mostly in form and color. Second, the object must be edible, and how it tastes counts. But third, the object still has to look appetizing. The aesthetics have to entice the consumer to not only buy the piece, but eat it as well; it would be at cross-purposes to make pastries or confections so artistic that they lose their food-ness.

If food is too pretty to the point of not resembling food in the slightest, would you still want to eat it? 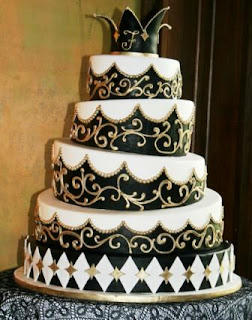 There are a few little tricks that I’ve noticed some pastry chefs and confectioners use to keep their food looking like food. A simple one is to visually alert the viewer what’s inside the piece, so halved strawberries are placed atop a strawberry layer cake not only for decoration, but to tell the eater that something strawberry -- but not necessarily fresh whole strawberries themselves -- is hidden within.

Another example is marzipan confections, which are traditionally shaped like little fruits, although they are not necessarily flavored to taste like the object they represent. Still, they are shaped like fruits, not like domesticated animals or stemware or soccer balls. 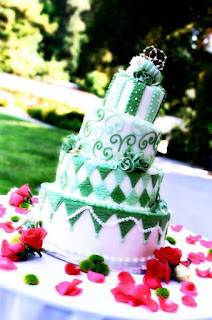 Using flowers to decorate pastry works, in my mind, because they are often edible, and at the very least, they are a nod toward the same vegetative bounty from which food comes.

Those are pretty basic examples, but I’ve seen it done in more advanced ways as well. Mad hatter cakes or Seussical cakes, in my mind, seem more elegant and deft when they incorporate colors like deep brown and cream to give a nod to chocolate, vanilla, and dairy. It’s just as easy for fondant to resemble chocolate as Play-doh.

Of the two images shown above, I find the brown and white one much more appealing, even though the green one is as expertly made and with an equal level of sophistication.

Some cakes that are coming out of highly whimsical bakeries go so far with being whimsical that, I for one, really would not want to eat. 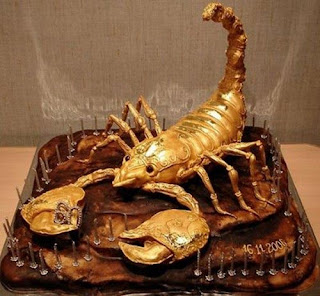 A shoe cake may have the shiny black color of licorice, or the dark earthy brown of chocolate, but the overall visual association is more likely to scream “patent leather” and “dirt.”

Animals may seem the exception (aren’t they also a nod toward nature?), but consider the mixed messages you’re sending your brain when you cut into a cute little pink pig but then take a bit of extra sweet vanilla icing and buttery yellow cake. It might be fun and unusual, but ultimately, it’s not very appetizing. It’s much more appealing to eat a chocolate truffle shaped like a cookie than one shaped like a human foot.