The Year of the Cucumber: Part I

Could I Be a Full-Time Eater? 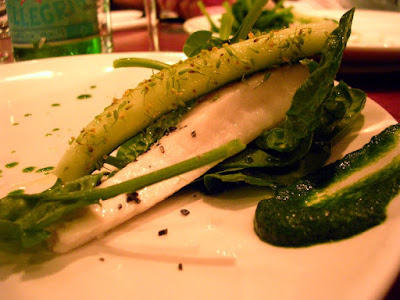 I’ve been spoiled in the last month with too much of a good thing: amazing food. The last week of August, I had a five-course meal and $50 bottle of wine at Convivio, Michael White’s rustic Italian restaurant in the lavish Tudor City section of Manhattan.

The following week, I was in London and Oxford, U.K., for a graduation ceremony and a wedding, and while showing Boyfriend’s family around Borough Market, I stole away for a few minutes to grab a slice of ginger lemon cake from Konditor & Cook, which had a soft and sweet fondant on it that left me stunned and wondering how it was pulled off. Was it just fondant? Was it marzipan? How did it seal in all the moisture from that cake without breaking down?

Later that night, a party of eight of us had dinner at my favorite London restaurant, Mangal Ockabasi, a Turkish grill with a free BYOB policy. I ate chicken, flame-grilled on skewers, served in a clay pot with yogurt, butter, and torn bread, which softens in the yogurt and becomes something entirely new.

The following night, at the wedding reception at Kellogg College in Oxford, we dined in a long room with floor-length windows on one side, bathing the balsa wood-colored room in natural light. Seated at long communal tables, a hundred people, plus me, ate a multi-course supper of succulent lamb chops, glazed golden carrots, wilted garden ramps, warm rolls with English butter, and more and more.

Just as soon as Boyfriend and I returned from the U.K. and I declared a week-long moratorium on eating out, I got an email from the travel editor of a food magazine in London, asking if I would like to be considered for a writing opportunity. I would have to suggest 10 places to eat and shop for food-related goods in Chelsea and Hell’s Kitchen. Jumping at the chance, I realized that I would have to verify the food at a few newer places that I had heard were very good, that I had planned to eat at some time in the next, oh six months or so, but had not to date actually visited.

On the flights to and from London, I read Frank Bruni’s new book, Born Round, a memoir of sorts about his tumultuous relationship to food and how he struggled with his past when he became the dining critic for The New York Times. Bruni describes the job as requiring him to eat out at least six days a week, often for not only lunch and dinner, but sometimes two dinners. 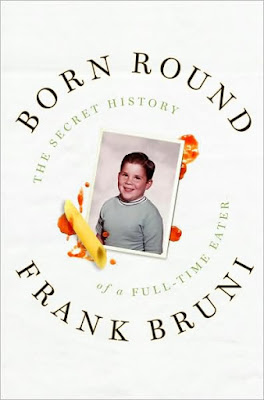 Bruni also describes the pressure of dining out at the city’s finest restaurants while trying to not be identified by a staff who specifically know to look for him. A coincidence that I found enormously hilarious is this: When I was in London, I met up with at least 20 people whom I had not seen in about a year, and not a single one of them recognized me. My hair has grown long and curly. During the day, I had contact lenses, and at night, I put on a newer pair of glasses that this group had not seen before. Friends from Sardinia, Sicily, South Africa (the graduates all attended a fiercely international program) all greeted me with a warm smile before finally raising their eyebrows, giving me two kisses on the cheeks, and saying, “Ah, oh! Jill! I didn’t recognize you!”

The last coincidence was that I had just been in London and now had the opportunity to write about food for a primarily British audience. I had literally just spent five days immersed in London’s food culture, refreshing my analysis on what makes the British dining scene and its national eating habits unique.

As all these thing converged—reading Bruni’s book, eating in London, landing a food writing article for a London magazine, and being unrecognizable to friends, which meant perhaps I had an innate advantage to becoming a food critic—I was invigorated. I would go out and eat all over Chelsea and Hell’s Kitchen, making sure that I really did recommend the best places based on recent evaluations. It would be a test, I decided. Do I have what it takes to be a full-time eater?

I really did take it seriously.

I had lunch by myself, on different days, at Hill Country (I don’t recommend it) and Island Burgers and Shakes (I do recommend it). Boyfriend joined me for dinner at Txikito (I am desperate to go back), followed by oysters from Lobster Place (bargain) in Chelsea Market on the same night. We included a friend in our trip to Co. (fancy pizza), followed by beers and a shared burger and fries at The Frying Pan (fun, a resuscitated boat!). The next day, we brought my sister, who has a budding palate for good cheeses, to Kashkaval cheese and wine bar (inelegant, but cool in its own way), then left her behind to see the Hudson Hotel bars, where we did not buy a $17 cocktail, but we did peek at receipts left behind on the tables, and took a good long gander at the terrace, bathrooms, and lounge rooms.

Again with Boyfriend, I took teensy bites of two signature Morimoto appetizers (precisely executed food) while watching the sushi chefs work like surgeons as they sliced and prepped octopus arms, and admiring the grandeur of the restaurant’s interior design. We left by 7:15 to jump on the uptown-bound subway to grab a drink at Pony Bar (all beers $5) before we were due at a karaoke club for a birthday party.

I had coffee by myself at both Café Grumpy (I could have stayed all day) and Joe the Art of Coffee (excellent cappuccino). I shared with Boyfriend (by far the most congenial eating partner I’ve ever had) five different lunch and breakfast items from Sullivan Street Bakery. Later that day, when I went back to Chelsea Market, Fat Witch Bakery (specialty brownie shop) had some original chocolate brownie samples out, so I had one (okay, maybe two) of those, too. Dinner for four at Mary Ann’s in Chelsea was not really a well-planned restaurant choice, but more of a last-minute decision based on proximity, budget, and the birthday girl’s preference for Mexican food.

If you’re keeping count, that’s 15 places, 14 done Tuesday through Sunday, and 1 latecomer the following Wednesday when I had to make revisions. There were three more contenders for the article, but I had been to them all recently enough to not warrant another visit: Amy’s Bread, Daisy May’s BBQ (yummy barbecue of all styles), and Casellula (artful cheese and wine).

After the Tuesday-through-Sunday marathon of eating out, I had on my calendar a meal that I had been looking forward to for about a month: Alexandre Gaulthier from La Grenoullière in France cooking one of the “Four Fucking Dinners” at David Chang’s Momofuku Ssam Bar.

[I’ll continue this post with more reflections (Part II), a review of the “Four Fucking Dinners,” (Part III) and an explanation of why I've chosen the title "The Year of the Cucumber."]