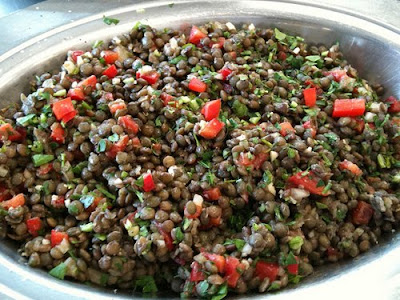 The third cooking class for Fine Cooking 1 (a five-course series offered at Institute of Culinary Education, New York) was about braising. The meal we ate at the end of class was by far my favorite one: 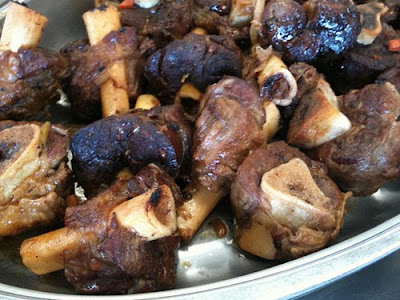 My team was short by one person, which seemed to work out well. There's not a lot to do once all the prep work for a braise is done, so the pace of the class was a bit more relax. By this point, we also have become comfortable with our team members and know what one another can do and need to practice doing. Nevertheless, having three rather than four people in a group made things feel a lot more manageable. 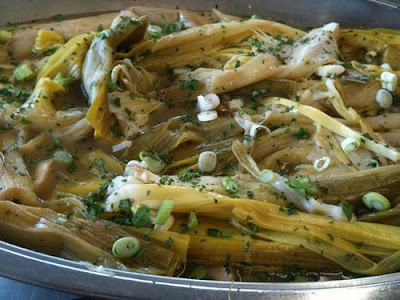 Chef Peter Berley returned as the instructor for this class. We arrived at 10a.m. and sat through a very short lecture. I say "lecture" only because I don't really know how else to describe it. It's nothing more than everyone gathering at the table to listen to Chef Berley explain the method that's being taught (for example, in this class, braising), review what we will be doing, and providing some additional tips and tricks to use at home later. Some people ask questions. Some people take notes. Some people lean back, absorb, and sip the complimentary coffee. 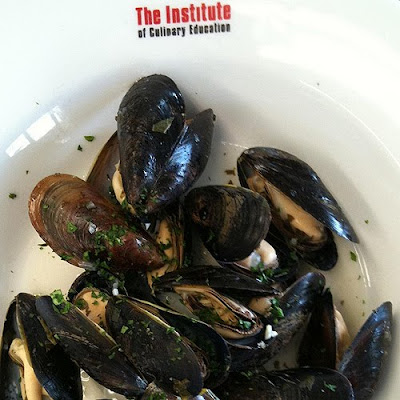 We got to work with the lamb shanks first, as they required the longest cooking time. We seasoned them and browned them in a wide skillet with nothing more than a bit of canola oil. Chef Berley's tip for browning before braising is to use medium heat because you don't need to sear the meat, and you don't want to burn the fat or any residual bits of food in the pan. The meat doesn't need to cook all the way through, either, because it will do that in the oven during the braise.

We browned the lamb shanks on all sides, slowly. It took 20 minutes at least. Then we drained off the fat and dabbed the pan with towel. Whatever was left behind, we deglazed with either vegetables or wine. Two things were new to me here: removing all the fat and deglazing without liquid. It works, though. Taking out the fat now means you have less degreasing to do later when dealing with the braising liquid for sauce. And deglazing without liquid — just vegetables — also works all right as long as some have enough liquid in them to sweat off, like onions and celery. 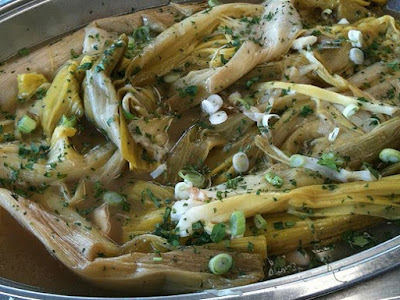 Everything on the menu took very little effort, which is one reason I love braising. I had never had braised celery before, but it was perhaps my favorite thing on the table. It's nothing more than trimmed and washed celery heads, blanched, put into a gratin dish on a bed of sauteed mire poix with white wine and herbs. Take some un-sliced bacon (like for lardons), cut a few long and thick pieces, and drop those in the blanching water for about five minutes. Add the bacon to the gratin dish, right on top, cover with foil, and braise on low heat for 30 or 45 minutes, maybe longer, until the celery is tender.