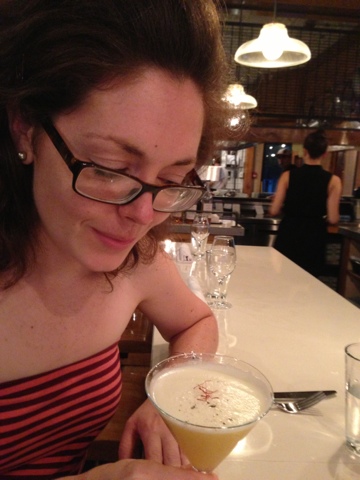 All our money went to food. Sure, we paid for airport taxis, the subway, and a whitewater rafting excursion down La Chine, but really, we blew all our money on food.

I have no regrets. Montreal has a unique dining scene and an admirably nationalistic palette for Québécois food. Think force meats and game, country style cheeses, maple, and lots of crusty bread.

One night we had planned to eat at Lawrence, but it was closed, and so we ended up down the block at Hotel Herman, where I ordered a "rum sour." Threads of saffron left minuscule streaks of orange in the soft egg whites balanced on top of this sweet and tangy drink. A sprinkle of cracked black pepper somehow tasted muted and mild.

We ate sea urchin served in their own shells with edible flowers and herbs from the restaurant's back garden. 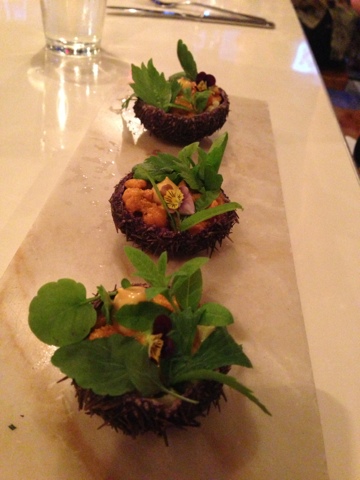