Mixed Emotions About Publishing a Book 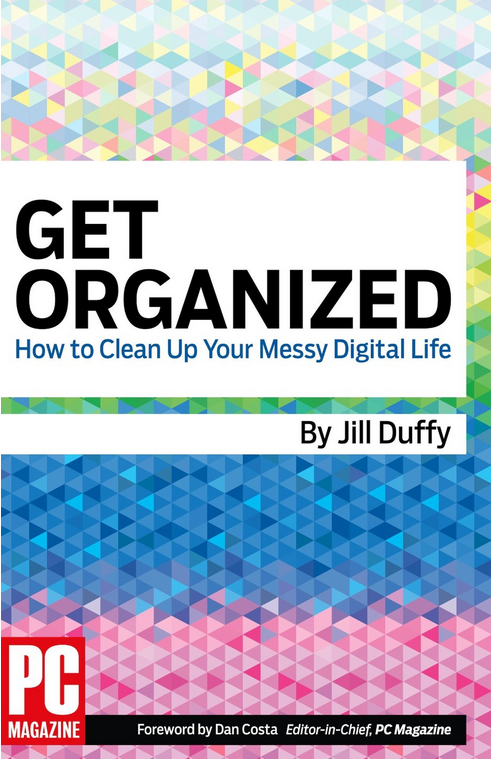 The last six weeks, my emotional experience about writing and finally now publishing a book has been nothing but a mixed bag.

The book is called Get Organized: How to Clean Up Your Messy Digital Life. It spun out of a weekly column that I write, also called Get Organized. The column has tips and advice for how to better organize your technology (think cleaning up iTunes playlists, how to name digital photos, etc.). Each column covers one little slice. The book, on the other hand, is more like a jumping off point for totally and wholly reorganizing one's digitized life, from photos to work files to social networks.

I'm feeling okay right now because the project is finally done. Not "proud." Not "enthusiastic." Not "overjoyed." But "okay." And it's taken a while to feel okay. The writing and editing sapped my energy toward the end, sure, but the emotional ups and downs were much more draining.

'This is Why it Matters'
In May, when I wrote the first draft of the introduction to the book, I was feeling pumped. I believed in what I had to say. Much of the substance of the book was going to based on 18 months' worth of writing that I had already done, and the introduction stepped back from the detail of the topic at hand to say, "This is why it all matters."

I wrote that first version of the introduction while traveling. I was on a driving road trip, seven days from St. Louis to Kansas City to Memphis to New Orleans, and then four more days in San Francisco. During the long evenings alone, I'd take myself to out to dinner somewhere to unwind first, then head back to the hotel. I'd nab some ice from the hotel vending machine and, back in the room, set two beers in the sink to chill. Laptop open, no distractions, I wrote. And I loved it.

I loved being alone and having uninterrupted time to write. I loved that no one was asking for a chapter. I was writing because I wanted to write. I put words on a page that mattered. I thought a lot about what I really believed, behind all the tips and advice, the core truth of what drives me to care about this topic enough to have something to say about it for almost two years straight (the articles run once a week, which means I'm nearing my 100th column).

That first draft of the introduction went to my editor, and I heard nothing back. Excellent.

Ironic as it may seem, I feel best when I send my work into the world and never hear about it again. Sure, I don't know if anyone ever read it, but I made it and did what I had to do with it. It's one of the conflicts I have with writing. I have to send it out, but part of me never wants to acknowledge that it happened. It's kind of like telling a secret. The moment you expunge it, it doesn't feel like a deep dark secret anymore. The moment a secret is off my chest, I forget that it ever was a secret in the first place. It's over and done. My writing is much like that.

Buckle Down
The project didn't actually pick up until mid or late June. When it did, I wrote a chapter a week for six or seven weeks. Mostly I worked from home, setting aside one day for one chapter. Bang it out, I thought, in one shot so as to not interrupt my regular work schedule too much.

I cranked through most of the chapters in chronological order, 15 in all. Here and there I set one aside and came back to it when I was ready. But I wrote steadily and consistently and didn't struggle with writer's block or any other nonsense.

Next came creating some images, which took a week or two, followed by making five videos that are included in the book (did I mention it's an ebook?).

I slagged on the videos.

At this point, the editor was not doing any project management, and he didn't get on my case to stick to the schedule that I had created. In all, I think I was three weeks late delivering the final video. But no one bugged me about it. I knew I was to blame, but no one blamed me but myself. That was a problem.

I should mention that there was a whole team of people behind this project, although I'm not going to talk about any one of them in detail.

Doubt
Mid September marked the start of final editing. We had done one major revision pass at this stage, and it was time to pin down the language once and for all.

This was the moment when I started to hate the book.

I wanted it to be done, to have been sent out into the world already so I could hurry up and forget about it. I started to reflect on the fact that it wasn't my best work. What would people say about it? How would they criticize the content? Hell, I was already able to criticize the content, so I knew it wasn't the best it could be. A few people would buy it, read the first few chapters, and rip it to shreds and rightly so, I thought.

The publish date wasn't for another three or four weeks yet, and we had more to do.

Fatigue and Anger
Head down, I pushed through the editing, copy editing, and proofreading stages.

Proofreading went horribly, but I don't want to get detail about why. It wasn't due to the number of errors we found, but rather because a few people misunderstood how the proofreading phase needs to work. Nevertheless, I felt angry.

Shilling
Just as I thought the project was wrapping up, the team and I had a meeting where I learned in a lot more detail how much more needed to be done in terms of marketing and promotion -- self promotion.

I should email everyone in my contacts list and ask them to buy the book and write a review of it. That's what I was told.

They knew I wouldn't do that, not in that way at least. Instead, I asked exactly 23 close friends and family to write a review. I even gave them advanced (unproofed) copies to read so that if they chose to write a review, they could actually read the book or pretend like they did. [Since I first wrote this post, I did send a note to 30 more friends, so that makes 53 people in all, which is plenty.]

Shilling the book felt even worse than feeling doubt and anger. At least I had some control, though, over how much effort I might actually put into shilling. With writing and editing, I'm trained to do a thorough job. It might not be brilliant, but it will be thorough. With promotion, I could (and would) half-ass it. I would do as much as I deemed necessary without going whole-hog.

More advice from our consultant: I should reach out to my contacts in the media and ask if they would mention the book in articles or have me as a guest on their television or radio shows, or maybe just mention the book.

I reached out to exactly three people in this fashion, and I hated every moment of it. I don't have many contacts "in the media" beyond a few former co-workers who now write for bigger and better general-purpose or technology websites, and a handful of email addresses of people who have booked me as a talking head on some TV news shows.

Outward Enthusiasm
"Be yourself." I understand why that hackneyed advice exists, but I swear it is not equally applicable to all people. Some people actually have to put in effort to fit in with others and appear as normal, well-adjusted, socially acceptable, empathetic human beings.

In my situation of having to now talk about my book when people asked me about it, I should under no circumstances "be myself."

Because I'm cynical and moody. Because I have the ability to see the worst in things while convincing myself that what I see is highly pragmatic and objective. Because I am extremely hard on myself and open about that fact. I think I believe that being hard on myself is a way to beat other people to the punch.

So on the day that the book launched and a co-worker asked me how excited I was, I said, "Not at all really. I kind of hate it right now..."  and after going on for 30 seconds like that, I finally cut myself off.

"I'm so excited! Today is one of the best days of my life. I'm so happy to see everyone's hard work pay off. The book has been such an amazing project. Everyone has been super supportive, and it's just great!" Big smiles. Gratitude. A modest amount of pride. God damned jazz hands.

My co-worker obviously knew it wasn't genuine. I did want to prove that I could flip a switch and turn on the right attitude when necessary. But I also wanted to show that, yeah, I'm not thrilled about it. It's been hard. I feel shitty right now. I'm afraid people will think my ideas and writing are dumb, and that therefore I'm dumb.

Are We There Yet?
There's a saying among writers: The piece isn't finished when it's published. It's finished when people read it.

Get Organized has a launch party this coming week. I will get up in front of a few dozen people and put on my smile and thank people and gush about the book. Some of it will be sincere, some of it will be for show. And I'll honestly do my best to balance what I should say and how I should act with an ounce of my real open and honest self. The self-promotion and marketing stuff will go on for a few weeks, but I will probably only do it half-heartedly and not with the zeal that would otherwise land me interviews and radio spots and such.

I know there's still more to go, but I am ready for a few weeks of quiet and forgetting.